Jorge Martin left it late, but was able to take pole position for tomorrow’s Moto3 race at the French GP.

The Spaniard took pole from Jakub Kornfeil at the death, meaning that the Gresini rider took his third pole position of the season after only five rounds.

Kornfeil will line up second, with Enea Bastianini lining up third for tomorrow’s race. 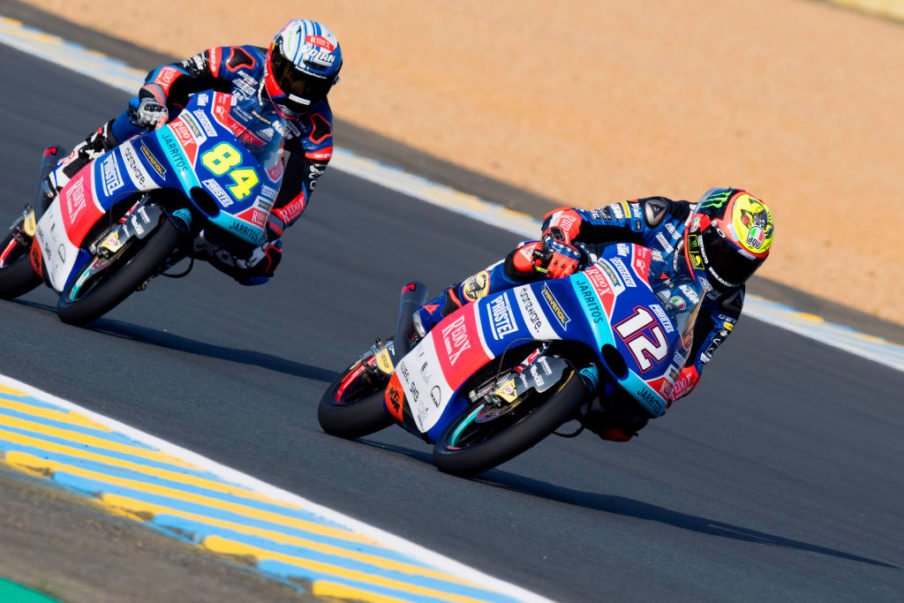 Marcos Ramirez will start fourth, with Albert Arenas fifth. Marco Bezzecchi will round out row 2 in sixth place.

The Moto3 race tomorrow will get underway at 10:00 BST.