Nicolo Antonelli has taken pole position for tomorrow’s Moto3 race, his first since Le Mans in 2016.

Antonelli had a dreadful season last year with the KTM Ajo Team. The Italian was constantly crashing, and was never near the front. However, this season Antonelli has moved to the SIC58 team, and has already gained them their first pole position.

Antonelli beat out Jorge Martin, who was infamous for getting pole positions last season. Gabriel Rodrigo will start from third, joining Martin and Antonelli on the front row. 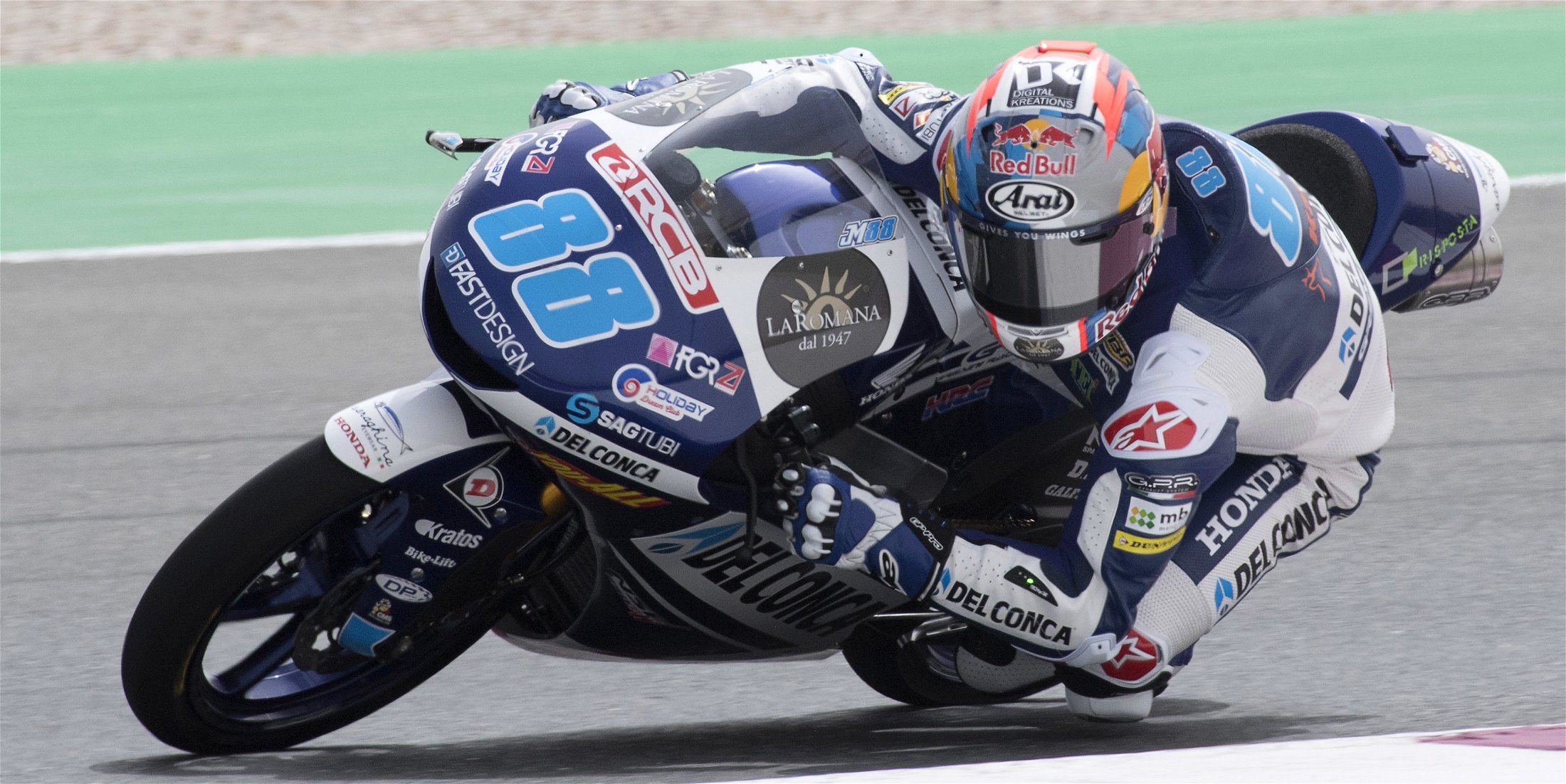 The Moto3 race never fails to dissapoint, and will get underway at 13:00 GMT.