Marco Bezzecchi has taken victory for the very first time in Argentina, in a race very much effected by the conditions.

Bezzecchi was one of those who decided to stay on the wet tyres, unlike polesitter Tony Arbolino who decided to swap to the slicks. Jorge Martin also switched to the dry tyres, a decision that would not pay off.

Bezzecchi took the lead early on and never looked back. The Italian put in a fantastic ride to hold off the following pack, and would take a well earned victory in Argentina. 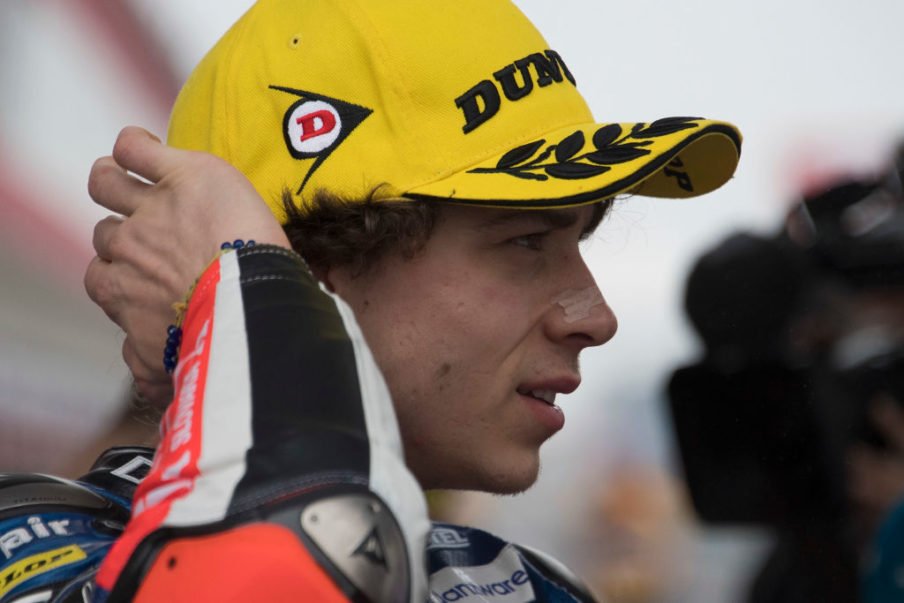 Behind them, a battle for the remaining podium places was taking place. Aron Canet would eventually take second, with Fabio di Giannantonio taking third. Jaume Masia would’ve been up the front, but collided with Di Giannantonio and would not finish the race.

Aron Canet now leads the world championship on 40 points, juste ahead of Martin and Bezzecchi.

The Moto3 world championship will next be in action in Austin in two weeks time.