Jorge Martin managed to edge out rival Aron Canet to take victory in the first round of the Moto3 world championship.

The Spaniard, who had a breakout year in 2017, battled hard throughout the race to beat Canet, who just missed out on victory on the line.

The result sees Martin reverse his usual procedure. That being, taking pole but not being able to turn it into race wins. 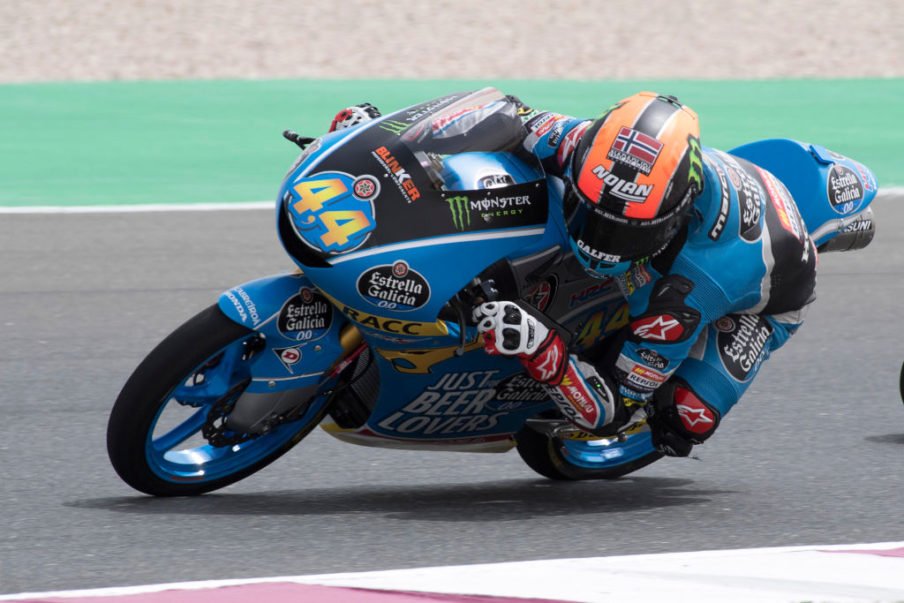 Lorenzo Della Porta was third, but finished over six seconds back on the leaders. Pole sitter Nicolo Antonelli was fourth, in what is a good result for the Italian.

Gabriel Rodrigo was fifth across the line, with Fabio di Giannantonio sixth. Kaito Toba was seventh, with Ayumu Sasaki eighth.

There were a number of fallen riders in this race, with John McPhee, Enea Bastianini, Nicolo Bulega and Darryn Binder all throwing it down the road.

The Moto3 riders will return in two weeks time from Argentina and the Termas de Rio Hondo circuit.