Jorge Martin took a fantastic victory to win the Americas GP in the Moto3 class.

The Spaniard dominated proceedings from start to finish, ending the GP on top of the pile.

Martin took victory ahead of Enea Bastianini who was able to take his first finish of the year after crashing out in Qatar and missing the Argentine GP.

Third went to the winner in Argentina, Marco Bezzecchi, with the Italian asserting himself as a legitimate championship contender. 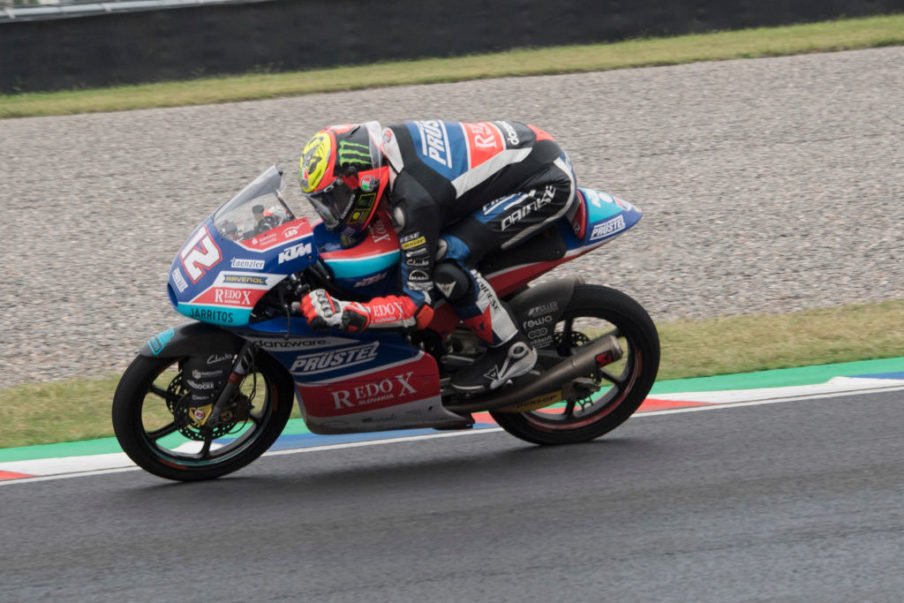 Andrea Migno was fourth, with Fabio di Giannantonio fifth and failing a late move on third placed Bezzecchi, which put him behind Migno.

Phillip Oettl would cross the line sixth, with Jakub Kornfeil seventh. Aron Canet was eighth, the Spaniard disappointing in Texas.

The result puts Martin back to the top of the Championship standings, with Canet sitting second, seven points behind his fellow countryman.

Moto3 returns to Europe in two weeks time, with the Spanish GP from Jerez.