Jorge Martin cruised to a maiden grand prix victory in Moto3, while Joan Mir recovered from an off early in the race to finish second and secure the outright points record of 341 in the lightweight class.

On top of the points record, World champion Mir came into his final race in the lightweight class gunning to equal Valentino Rossi’s tally of 11 wins in a single introduction class season set back in 1997.

Rodrigo crashes out of second and Mir has to take avoiding action and is down to 19th!… https://t.co/Px1y6jRvcc (@MotoGP)

The Leopard rider was in prime position to do so starting from the front row, the Spaniard slotting into third behind Gabriel Rodrigo and pole man Jorge Martin into the first corner.

This trio quickly began to eke out an advantage over the gaggle of riders headed by Estrella Galici 0,0 Honda’s Enea Bastianini.

However, Mir’s hopes of an 12th career win were dashed when Rodrigo highsided in front of him at Turn 8 on the third lap, forcing him to run off track and rejoin down in 19th.

This gave Martin a gap of two seconds at the front, which he duly extended to over six second over the next handful of laps as Mir began his fightback through the field – the Spaniard on the fringes of the top 10 by lap 10.

Mir’s charge was relentless, and with six to go moved into third after mugging Marcos Ramirez and Romano Fenati in one fell swoop at the first corner. A lap later, he scythed past Bastianini for second.

Platinum Bay KTM’s Ramirez was lucky to still be in the race at this point after Martin’s Gresini team–mate Fabio Di Giannantonio collided with him on the pit straight on lap seven.

The Italian was unscathed in the incident and rejoined, though pulled out on the following lap due to excessive bike damage. 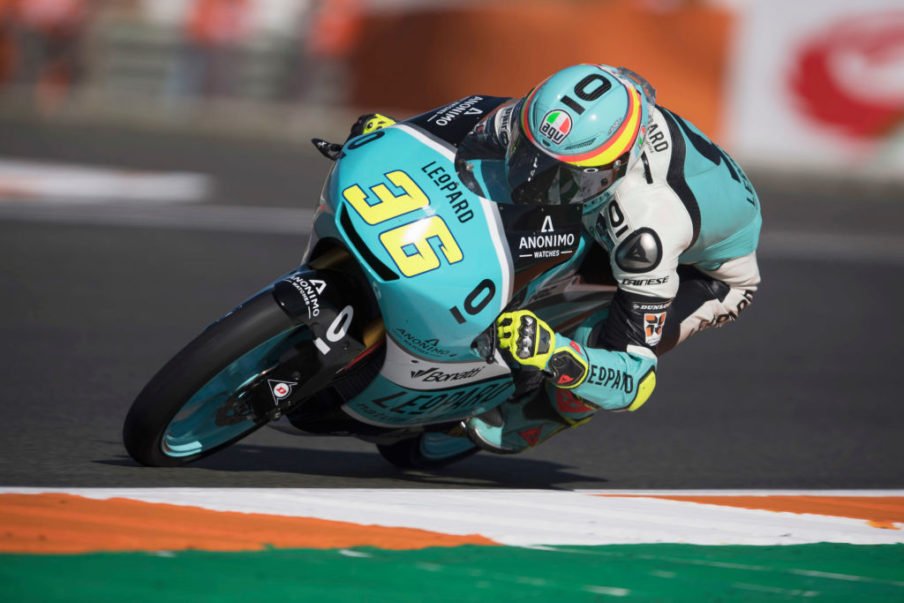 Mir could not break away from the chasing pack over the final few laps, but resisted the pressure heaped on him by Ramirez to end his time in the Moto3 class in second, while Martin eased across the line to covert his ninth pole of the year into his first win.

Fenati – who will step up to Moto2 in 2018 along with Mir – was just 0.078s from the podium in fourth ahead of Bastianini, while Sky VR46 wildcard Dennis Foggia recovered from a demotion of one place due to exceeding track limits to complete the top six.

Juanfran Guevara’s podium charge faded in the latter stages, with the RBA rider only just fending off John McPhee for seventh in the Scotsman’s final race for the British Talent Team. Aron Canet and Japanese wildcard Kazuki Masaki, on his debut, rounded out the top 10. 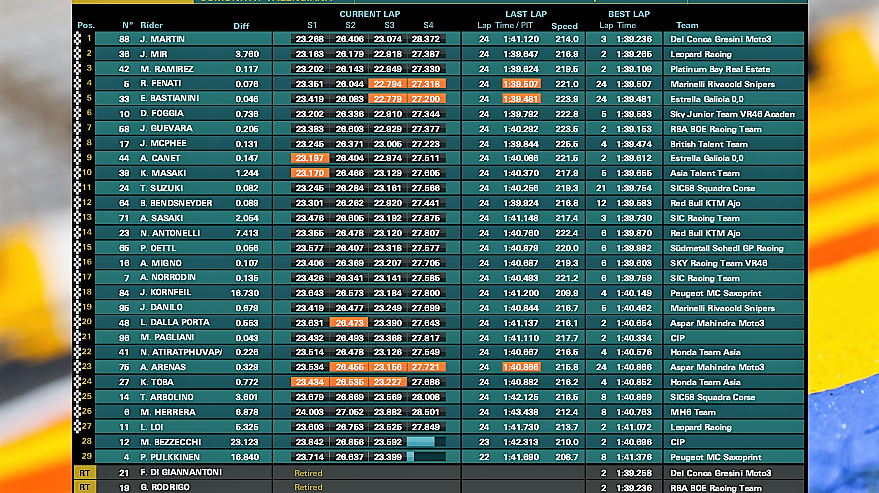