Jorge Martin smashed the Ricardo Tormo lap record to take his ninth pole of the 2017 season ahead of world champion Joan Mir.

Martin came into qualifying as the rider to beat after setting an unofficial lap record of 1m38.989s in final practice, and was an early pacesetter in qualifying before his 1m39.393s was cancelled as he exceeded track limits. 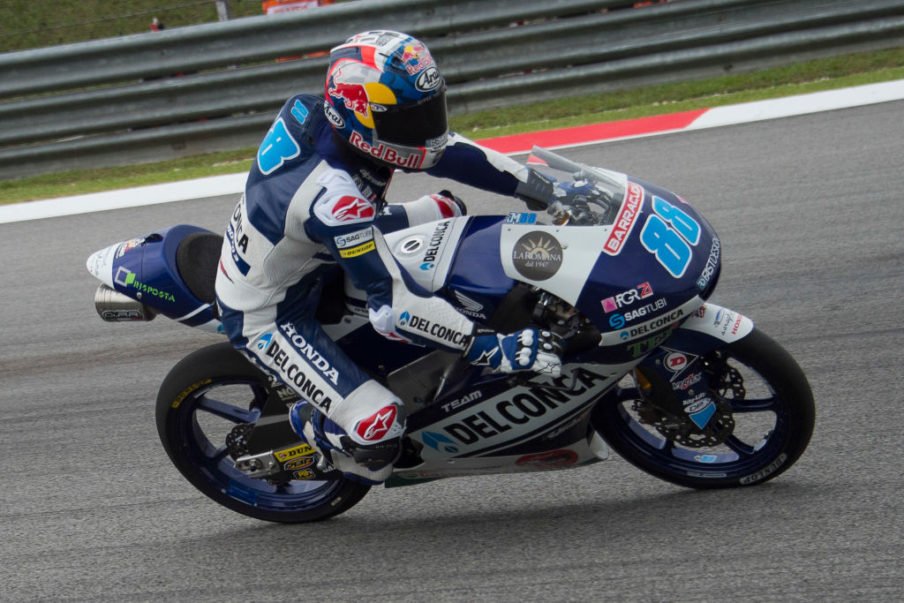 Aron Canet’s 1m39.716s set just seconds after Martin was demoted to 28th stood as the new benchmark for all of one minute, as Leopard’s Mir edged ahead with a 1m39.704s.

Mired in traffic on his final attempt, Martin was able to carve his way through to some clear air and light up the timing screens.

Mir – who had several quick laps cancelled prior to the final shootout – was also setting session–best sectors on his final lap, but Martin blasted the field with a 1m38.428s while Mir missed out on a second pole by almost half a second.

Rodrigo was able to return to the front row in third with a 1m38.976s ahead of Tatsuki Suzuki and Enea Bastianini, while Canet slipped to the back of the second row. 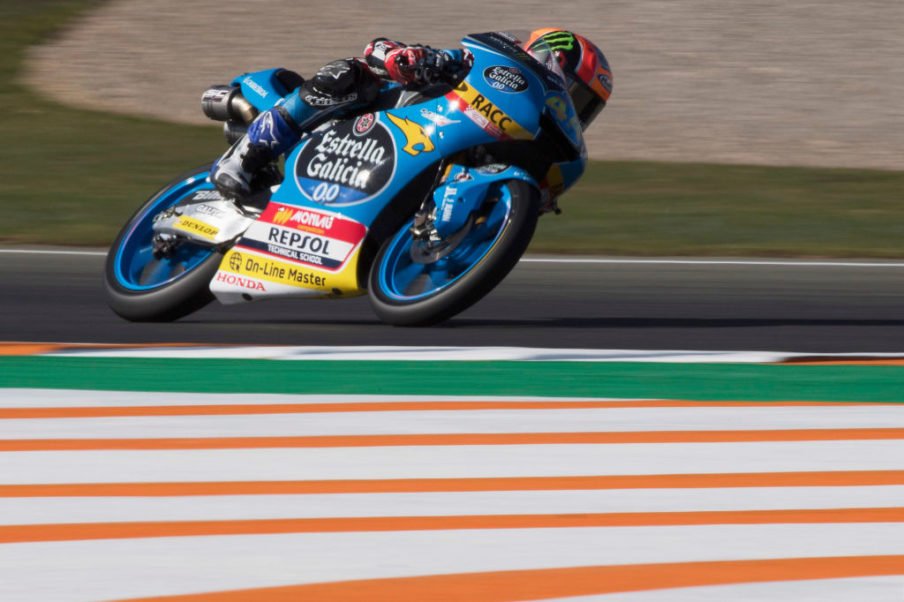 Ayumu Sasaki took seventh at the chequered flag ahead of Marcos Ramirez and the second Gresini Honda of Fabio Di Giannantonio. Bo Bendsneyder completed the top 10.

Juanfran Guevara was third quickest on the combined times ahead of qualifying, but could not convert that practice form into a strong qualifying performance and will start from 11th ahead of Adam Norrodin and Romano Fenati.

However, Bulega was not as fortunate and has been forced to miss the final round of the season due to a fractured ankle. The Italian flew to Barcelona on Friday night and has already undergone surgery.

Darryn Binder also took no part in qualifying after suffering an injury to his thumb in a crash in final practice.

CIP Mahindra’s Marco Bezzecchi was the only crasher in qualifying, the Italian coming off twice on his way to 28th on the grid.