Scott Redding’s weekend at Silverstone will be a struggle according to the Aprilia rider, with incoming engine upgrades still not being
enough to make the bike competitive.

The Aprilia rider was unable to reach higher than 20thon Friday, and finished 21st in FP3.

Today was a day of trying to make it work. I had no fun today. Struggled a lot with the settings on the bike and it’s hard. This track is hard with the cooler temperatures We’re struggling with mainly getting the temperature of the tyre.

So we have to use the soft front tyre, it’s too soft but I cannot go for the harder options cause we cannot get the temperature. So for that reason I’m struggling a lot. 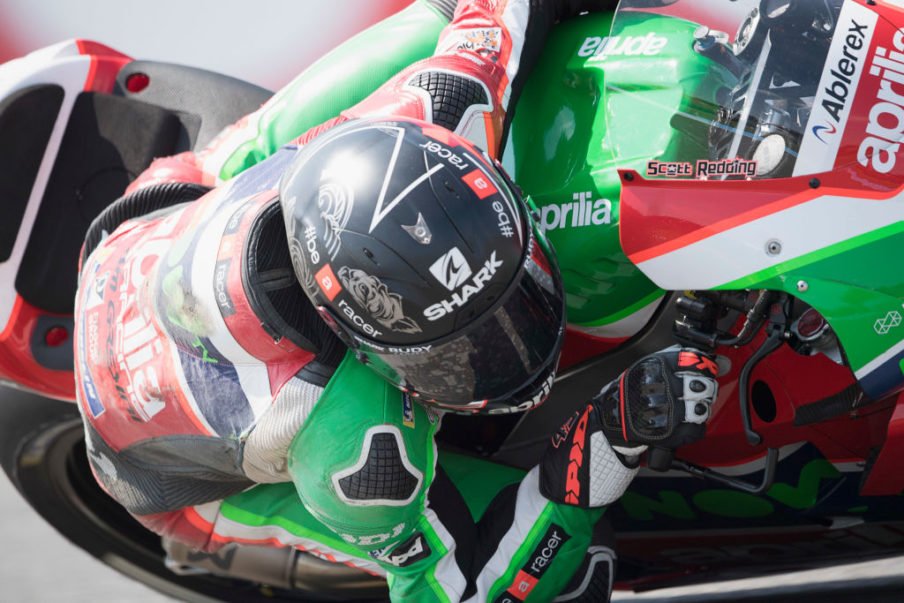 The British rider was hopeful of an improvement at Silverstone with recent engine upgrades arriving this weekend for the former Pramac Ducati man. However, with the poor feeling continuing for Redding and his team, he is less than hopeful of a good showing on Saturday.

When we tested it again (the engine) it was good but, as far off as we are today, I don’t feel I’m going to show the potential of it. I hope
we can, I hope it can help but today I felt really bad. Because of the bumps we cannot grip and we cannot turn the bike we can’t get grip and it’s shaking.

It’s really not favouring the bike, with the track layout but maybe with the new engine tomorrow we can settle it a bit, but I’m worried honestly.

Horner on Vettel’s F1 retirement: ‘the timing is right’

Szafnauer: Alpine can remain ahead of Aston Martin even with Alonso there

Piastri confirmed as Alonso’s replacement at Alpine for 2023

Alonso to join Aston Martin on multi-year deal from 2023

Vettel announces retirement from F1 at end of 2022 season

Wolff: Mercedes needs to find ‘a lot of laptime’ to contend for F1 wins