Dunlop has announced it has agreed a new three–year deal with MotoGP series owners Dorna Sports to continue supplying tyres to the Moto2 and Moto3 World Championships.

Founded in Birmingham, England, in the late 1800s, Dunlop has been a fixture on the grand prix grid since the first days of the world championship – the company supplying the tyres to inaugural 500cc champion Les Graham in 1949. 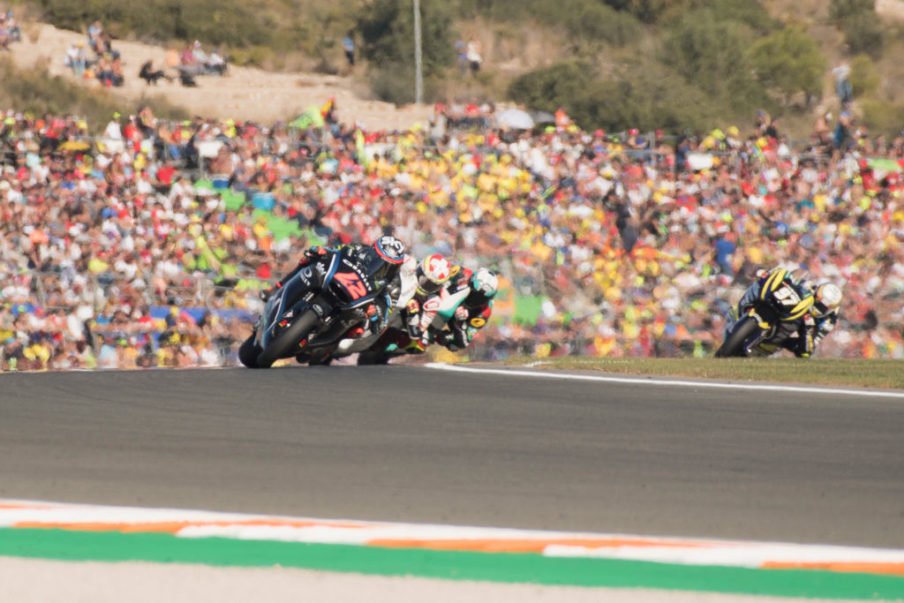 Continuing to supply tyres for the 125cc and 250cc classes over the decades, Dunlop became sole supplier to the Moto2 class with its inception in 2010 and to the Moto3 class when it replaced the 125s in 2012.

Pau Serracanta, managing director of Dorna‘s commercial area, claims Dunlop is the ‘perfect’ supplier for the Moto2 and Moto3 classes, and looks forward to continuing to work with the company for the foreseeable future.

“It is an honour for us to count Dunlop as one of our longstanding collaborators within motorcycle grand prix racing,” said Serracanta.

“Tyres are one of the cornerstones of truly world–leading competition, and Dunlop are the perfect collaborators for Moto2 and Moto3 as both categories continue provide some of the greatest racing and battles on earth.

“Another three seasons racing together is cause for celebration for all involved.” 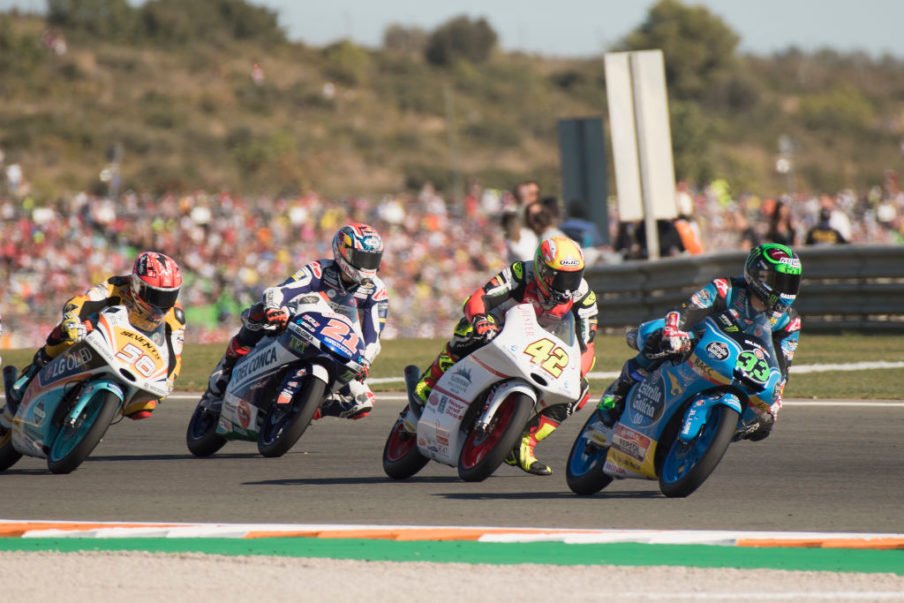 Dunlop‘s managing director for motorcycling and motorsport Xavier Fraipont added: “We are proud to continue our long and successful relationship with Dorna in Moto2 and Moto3.

“We are constantly pushing forward and bringing new technologies to the sport.

“Indeed, we introduced a brand–new specification of Moto2 tyre to at Valencia for the final round of the 2017 season and this was chosen by race winner Miguel Oliveira.

“We then apply the learnings to our award winning tyres such as the Dunlop SportSmart MAX and SportSmart TT.”

Last month, Dorna announced it had extended its partnership with French manufacturer Michelin to remain as sole tyre supplier to the premier class until 2021.