Lewis Hamilton is concerned Mercedes could find itself as much as half a second off the pace of Ferrari at the start of the season.

Ferrari is being tipped as the early-season favourites following its performance over winter testing, the Italian outfit registering the fastest laptime over the two weeks in Barcelona.

Mercedes has waited until the final day of the second test to increase its pace, but the team’s best time on the morning session was three tenths slower than Ferrari’s benchmark.

Although unsure as to what the exact gap is, Hamilton admits Mercedes could be 0.5s behind by the season-opener in Melbourne in two weeks time.

“I think it’s potentially half a second,” Hamilton said, as quoted by Motorsport.com. “Something like that, potentially.

“We will be analysing a lot from this test and there will be some mods that we try to implement.

“There’s not a lot of time hopefully we’ll gain a tenth at least just on our understanding of the car.

“The car is old now, it’s worn and torn, so we’ll have new components. All that stuff will come along. So, it’s interesting.”

Hamilton insisted he had no interest in attempting to surpass Ferrari’s headline times as “there is no reward to being quickest in testing”.

Mercedes brought a revised aero package to the second test this week to counteract its handling problems, which Hamilton’s team-mate Valtteri Bottas said had rectified those issues.

Although the five-time world champion agreed the car was an improvement, when asked if the estimated deficit to Ferrari was legitimate, or could be reduced by Australia, Hamilton replied: “I have no reason to expect that to come down. 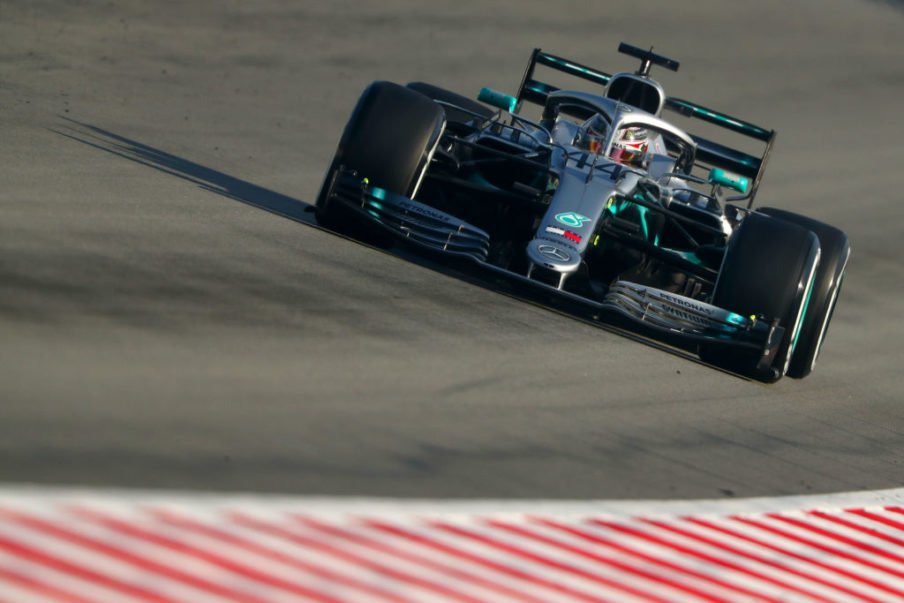 “I really have no idea. There is no way when you are looking at the GPS to know what fuel load they are on, or what engine mode they are on.

“They are faster on the straights than us. Is that because they have their flexi wings that they have had in the past that drops drag, or are they more turned up than us, or are they more efficient and have less drag than us in general, or are we heavier?

“We have no idea we really won’t know until we get to the race.

“Of course naturally we hope that it is definitely not bigger than what we might see now and we hope it is better.

“But we cannot bank on that so we have to work towards trying to close the gap that might be there, or is there.”