Sebastien Bourdais may have taken the spoils in the opening race of the 2018 Verizon IndyCar Series, but the real star of the weekend came in the form of Canadian rookie Robert Wickens. He leaves Florida only 15th in the championship, but he proved why he is one to watch this season, as Topher Smith writes.

We were treated to an absolute spectacle in St Petersburg as the 2018 Verizon IndyCar Series burst into life and gave us 110 laps of pure adrenaline.

Anticipation was high as we were given our first idea of the potential pecking order for the season, but a lottery of a qualifying session gave us a result no one expected and was backed up by an enthralling race which could have been won by a number of drivers, but none were deserving than one man.

I hesitate to apply the title of rookie to Robert Wickens. The 28-year-old Canadian may have an R by his name, but he has driven machinery in Formula 1, DTM, A1 Grand Prix, British Formula 3, Formula 3 Euro Series and was the 2011 champion of the Formula Renault 3.5 Series.

While IndyCar presents a new challenge to Wickens, he is no slouch when it comes to driving fast and he proved that with his performance in St Petersburg.

Changeable weather mixed up qualifying as the likes of Graham Rahal, Simon Pagenaud, Sebastien Bourdais and Josef Newgarden all struggled and found themselves a lot lower than expected.

The story of the day belonged to the rookies as Matheus Leist and Jordan King found themselves on the second row of the grid, while Wickens proved his versatility as he pipped a dumbfounded Will Power and placed his #6 Schmidt Peterson Motorsports machine in pole position by less than a tenth.

Many expected Power to push through for the victory, myself included, but a spin for the Australian at turn two put pay to any chances of fighting for the win and gifted Wickens a sizable lead at the end of the first lap.

The race then became punctuated by five cautions in the first half of the race, the pit stops briefly handing King the lead on his debut but Wickens moved back to the front following the pit stops.

With the stop-start nature of the race, the Canadian did everything he needed to in keeping himself at the sharp end and kept his head as he edged closer to a potential debut victory and led the field away with two laps to go.

A wayward Alexander Rossi challenged for the lead, as was his right to do so, but got loose on the white paint and pitched the Canadian into the wall to the tune of thousands of hearts dropping not just in St Petersburg, but also around the world as spectators witnessed the heartbreak.

Undoubtedly disappointed with the manoeuvre by the #27 Andretti Autosport, the 28-year-old gave his version of events as he had hoped for a clean fight.

“To be honest, I felt very comfortable with the pace I had,” explained Wickens following the race-ending collision. The whole day was going better than I could have ever anticipated for my first day in IndyCar.

“I let Alex get within a second of me, but he was never going to pass me [before the yellows]. He saw his opportunity, he tried, and in my opinion, it was probably a bit optimistic, but it happens.

“Honestly, I knew it wasn’t going to be over until it was over, but I just hate how the day ended. I expect more from Alex. I thought we would have had a good fight.

“I thought I gave him enough space that actually would have held P1. I went very late on the brakes, and he tried to stay beside me, but the track is so dirty on the inside he couldn’t keep the line and just slid into me. I don’t know. Just super disappointed.”

On the other side of the argument, Rossi, speaking with Motorsport.com believes it was Wickens’ defensive tactics that caused the incident as he was forced to take an unfamiliar line.

“So I got a big jump on Rob and he got to the push-to-pass pretty late, so the run was perfect for me. Heading down into Turn 1, I knew there wasn’t going to be many other opportunities for me because he’d had a very good car all day and they did a great job.

“So I made the pop [out of the slipstream], he defended the position which he has the right to do but in doing so, by moving in reaction, he put me into the marbles pretty late into the corner. It’s difficult with these cars with how much we’re sliding around even on the racing line, so on the marbles, it’s hairy.

“Super-unfortunate to see that happen – I feel bad because I think I could have won and he could have been second. Nonetheless, it was a great job by the team all weekend. I think we showed we had a car that could qualify up front yesterday and we redeemed ourselves a little bit today.”

Was either driver to blame for the incident? In my mind, both drivers gave fair assessments of the incident and the decision to not penalise either Wickens or Rossi can only be respected and accepted by both camps.

Putting the incident aside, St Petersburg was a welcome reminder that IndyCar is one of the most unpredictable racing series’ out there and the performance of Wickens this weekend showed that no prediction is safe and any of the drivers, rookie or not, have the potential to fight at the sharp end and challenge for the title.

I predicted Wickens as the top rookie in our pre-season analysis piece, and on the basis of this weekend, I see no reason not to stick to that. However, judging by his raw speed and ability to keep his head under pressure, could he even challenge for the title? Time will tell.

Who was to blame for the collision? 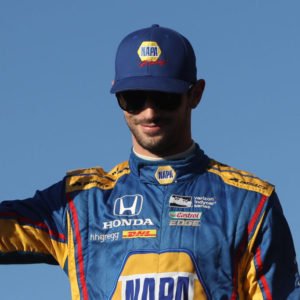 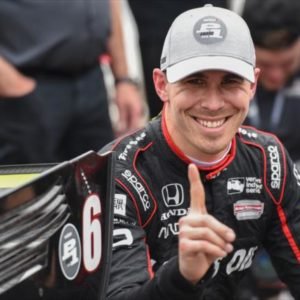 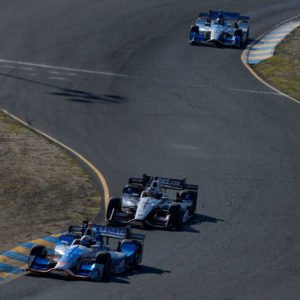