It was a mixed day for the ABT Schaeffler Audi Sport team in Buenos Aires as Lucas di Grassi finished 3rd and Daniel Abt in 13th.

Coming into the ePrix, di Grassi was one-point behind his championship rival Sebastien Buemi. However, the Swiss driver started from the back of the grid, whilst di Grassi started from 7th.

Some brilliant driving from di Grassi made sure of his 10th podium finish in 3rd place in 15 ePrix starts.

“A podium is always a success, about which I’m pleased. But we all noticed clearly today that we must work hard if we want keep our hopes alive in the title battle with Renault.” 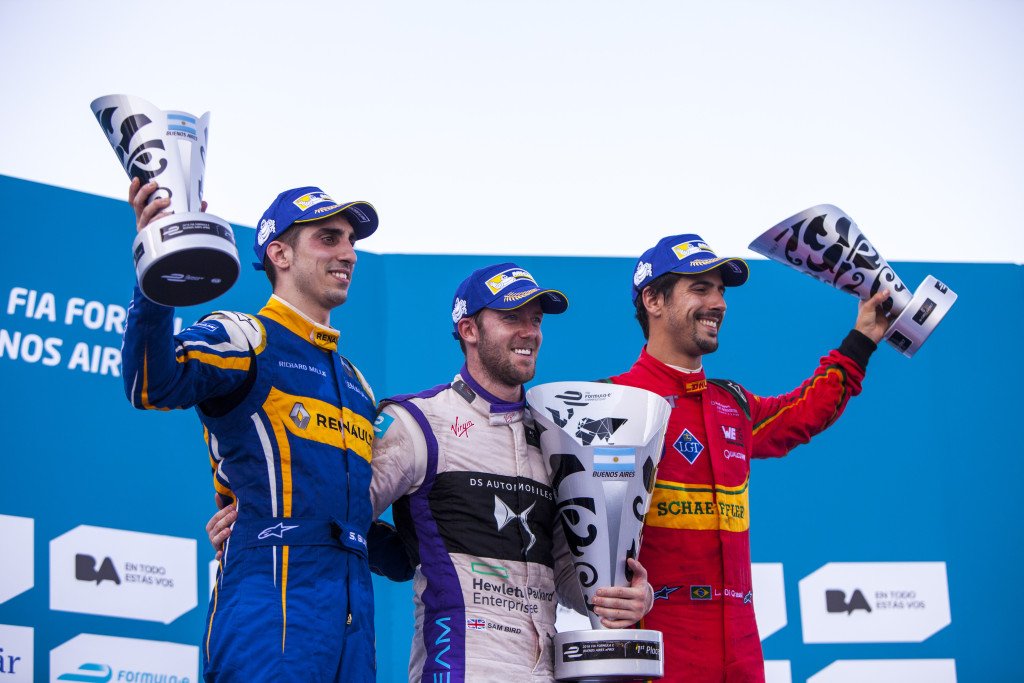 Although the German team produced one of the fastest pit stops yet again, a huge amount of work awaits ABT Schaeffler Audi Sport on the track.

Meanwhile, German Daniel Abt had a race to forget, starting from the fourth row and didn’t have the pace of his teammate.

“The pace just wasn’t there today. I’m really intrigued to see what we discover when we analyse the data. In addition, the pit stop including car change did not go smoothly, a twisted seat belt cost valuable seconds. A sobering 13th place was scant reward at the flag.”

Lucas di Grassi is still in second place as Buemi extended his lead in the drivers’ standings to four points.

ABT Schaeffler Audi Sport remain second in the teams’ standings, behind the Renault e.dams team as Formula E heads to Mexico in five weeks’ time.