Alfa Romeo has become the third Formula 1 team to launch its 2021 car ahead of this year’s world championship, as the newly-livered C41 broke cover.

The Hinwil-based team presented its new challenger at an event in Poland with title sponsor PKN Orlen, with ambitions to improve on its 2020 performance.

The C41’s new colour scheme is a complete reserve from its predecessor, now sporting a white engine cover and red sidepods.

Although Alfa Romeo matched its constructors’ championship position of the past two years in 2020, it did so with a much less convincing points total of just eight.

Alfa found itself fighting for ‘Class C’ honours with Haas and Williams last year, while the gap to the midfield extended leaving the team scrapping at the rear of the field.

The poor performance from its Ferrari engine played a major part in its struggles, with just four points finishes in 17 races.

Ferrari has developed a brand new power unit for 2021, which it says is a significant step forward having resolved the issues over the winter.

Alfa Romeo, which is run by Sauber Motorsport, has its Ferrari-engine deal expiring at the end of the season, but is expected to renew the partnership.

Kimi Raikkonen and Antonio Giovinazzi have both been retained for 2021, with the pair partnering each other for a third straight year.

Raikkonen is heading into his 19th season in F1 since making his debut back in 2001 with the then Sauber team, now holder of the most grand prix starts by a driver in the sport’s history.

The car will make its on-track debut during a shakedown at the Circuit de Barcelona-Catalunya on Friday. 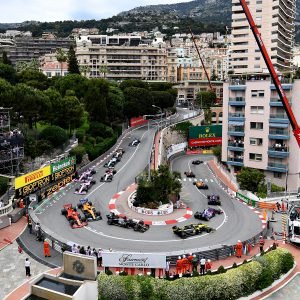