Andrea Dovizioso will keep his win from the Qatar GP, after the FIM dismissed appeals from other teams that a device used on the Ducati Desmosedici was illegal.

Teams had lodged an appeal that a device on the Ducati was an aerodynamic device, and therefore illegal.

There had been some confusion as to whether Dovi would have his win taken away from him, however, the FIM have ruled in favour of the Italian and Ducati. 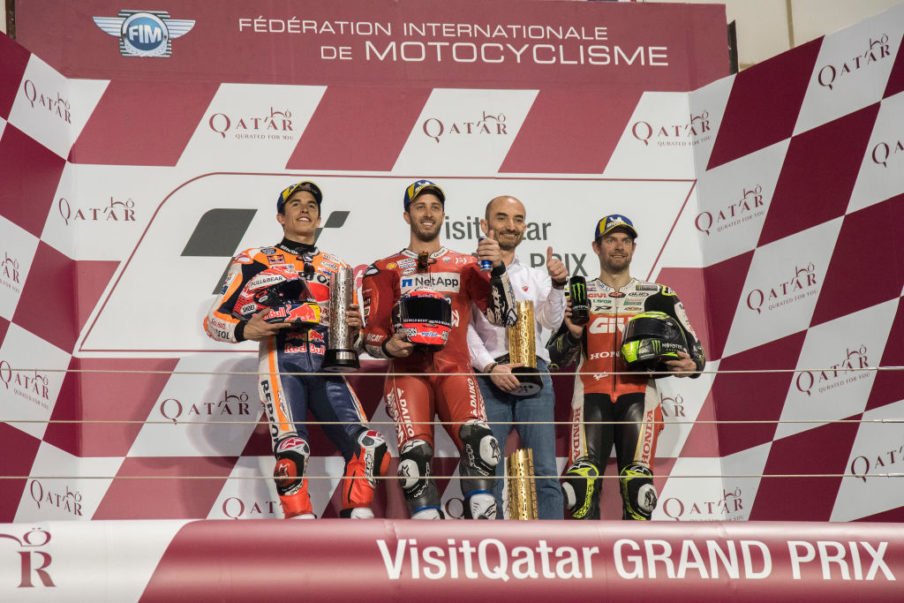 In a statement, the FIM stated that:

Following a hearing in Mies on Friday 22 March, the MotoGP Court of Appeal handed down its decision today 26 March and the parties (the four appellants, Ducati and the FIM) have been duly notified.

On these grounds, the MotoGP Court of Appeal rules that:

The provisional race results are confirmed and are declared as final.

The request to declare the Device illegal and ban its use in future races is rejected.

Therefore, Dovizioso will keep his 25 points and his race win from Qatar, where the Ducati rider just pipped Marc Marquez to the win.

After a great last lap battle, Marquez attempted to overtake Dovizioso’s Ducati on the final corner but went too deep. This allowed the Italian to retake the lead, and repeat his antics from the 2018 Qatar GP.

The result of the hearing will be good news for Dovizioso, especially ahead of this weekend’s Argentine GP. It also means that the controversial swingarm will be allowed for the trip to South America, boosting Ducati’s chances of making it back to back race wins.

Horner on Vettel’s F1 retirement: ‘the timing is right’

Szafnauer: Alpine can remain ahead of Aston Martin even with Alonso there

Piastri confirmed as Alonso’s replacement at Alpine for 2023

Alonso to join Aston Martin on multi-year deal from 2023

Vettel announces retirement from F1 at end of 2022 season

Wolff: Mercedes needs to find ‘a lot of laptime’ to contend for F1 wins