Charles Leclerc continued Ferrari’s strong start to winter testing in Barcelona by topping the timesheets on day two of the first test.

Leclerc continued where Ferrari teammate Sebastian Vettel left off on day one by setting the pace and completing the most amount of anybody, racking up 157 laps.

Leclerc’s 1:18.247 was just under a tenth shy of teammate Vettel’s fastest time from yesterday – on the same C3 tyre compound.

Kevin Magnussen ended day two third overall, a second shy of Leclerc’s time. The Dane managed to put 59 laps on the board but was forced to hand over his car to Haas reserve driver Pietro Fittipaldi after the team revealed there was a seat-fit issue meaning Magnussen was unable to drive in the afternoon.

Alexander Albon was next up in the Honda-powered Toro Rosso, ending the day in fourth. The rookie suffered a spin on his first out lap at Turn 4, resulting in the first red flag of the day. The spin didn’t hamper his progress as he went onto complete 132 laps. 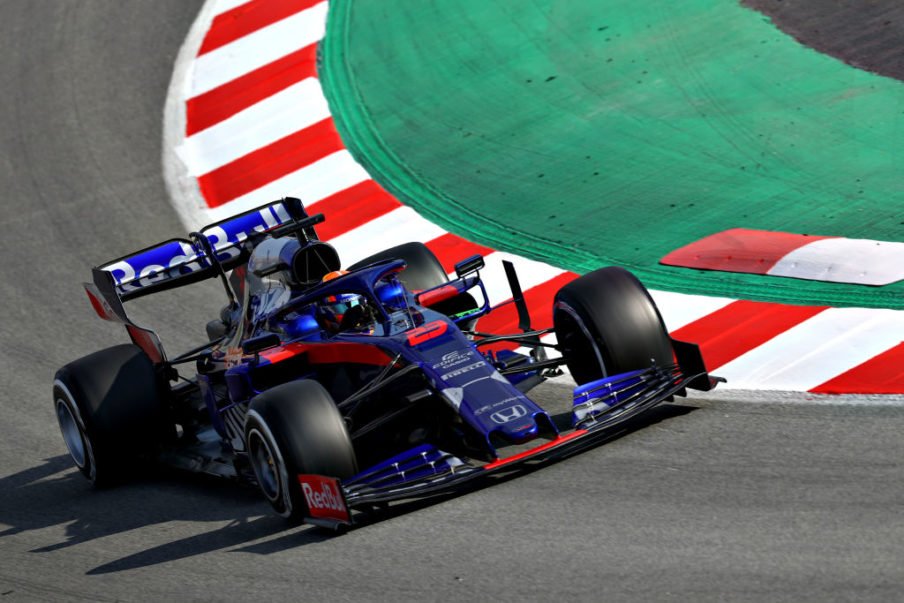 Valtteri Bottas was sixth in the Mercedes, having taken over from Lewis Hamilton in the afternoon, who ended up in tenth after completing 74 laps in the morning.

Pierre Gasly’s first outing of winter testing for Red Bull ended in the barrier after the Frenchman lost the rear on the entry to Turn 12, causing the second red flag of the day.

Daniel Ricciardo managed just 28 laps in the morning session after his Renault suffered a rear wing failure on the run down to Turn 1. Nico Hulkenberg returned to the cockpit for the afternoon session and ended the day eighth overall.

Lance Stroll enjoyed a quiet day in the Racing Point, finishing 11th of the 12 drivers to set a time on day two in Barcelona.

For the second day running, Williams did not participate in testing but the team is expecting to debut its FW42 tomorrow afternoon.