Mike Conway and Kamui Kobayashi claimed pole for the #7 Toyota ahead of the 6 Hours of Shanghai.

Kobayashi became the only man to set a lap time under 1m43s around the Chinese circuit with his final lap of the day. His 1m42.708s gave the car a combined time of 1m43.931s, putting the squad top of the order.

The sister Toyota, driven by Fernando Alonso and Kazuki Nakajima, took second fastest, with its combined time 0.228s slower than the #7 car.

Alonso was the first man out in the #8 Toyota, and a slow lap from him early on put the car third quickest after the initial laps, behind the non-hybrid Rebellion Racing #1, driven by Bruno Senna at the time.

Nakajima’s time was enough to put the car back on the front row of the grid, but Alonso jumped back in the car after his team-mate had set a lap in an effort to improve his own time. He found almost half a second in his second run, ending the day with a 1m43.139s lap. 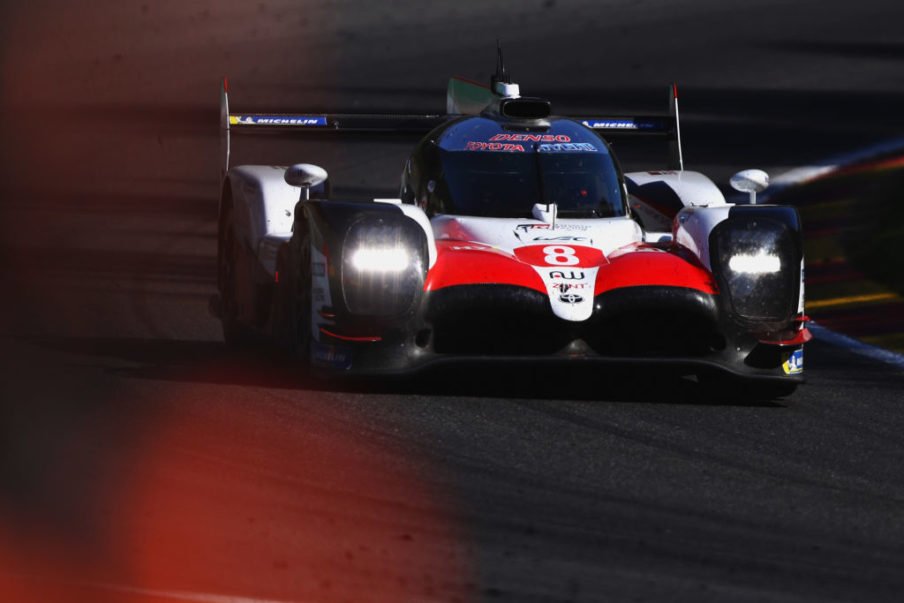 The #1 Rebellion, piloted by Senna and Andre Lotterer, was the quickest non-hybrid. It lines up third on the grid ahead of the #17 SMP Racing machine, qualified by Stephan Sarrazin and Egor Orudzhev.

Mathias Beche and Thomas Laurent in the #3 Rebellion were fifth quickest, ahead of the #10 Dragonspeed (Ben Hanley and Renger van der Zande) and #11 SMP Racing (Jenson Button and Vitaly Petrov).

Jackie Chan DC Racing locked out the front row of the LMP2 grid at the team’s home race. The #38 car was the faster of the two, its 1m48.888s time nearly three tenths of a second quicker than the #37.

The #31 Dragonspeed car was third quickest in the class while class leader #36 Signatech race into trouble in the second half of the session.

With Pierre Thiriet behind the wheel, the Signatech run Alpine fell of the circuit, but managed to get going again. The team finished fourth in class.

After a difficult start to the session with one car, Ford claimed GTE Pro pole with the other. Stefan Mucke jumped up the order with the #66 Ford’s final lap of the session. Combined with Olivier Pla’s earlier time, the car had a 1m58.627s, 0.250s quicker than the #81 BMW. 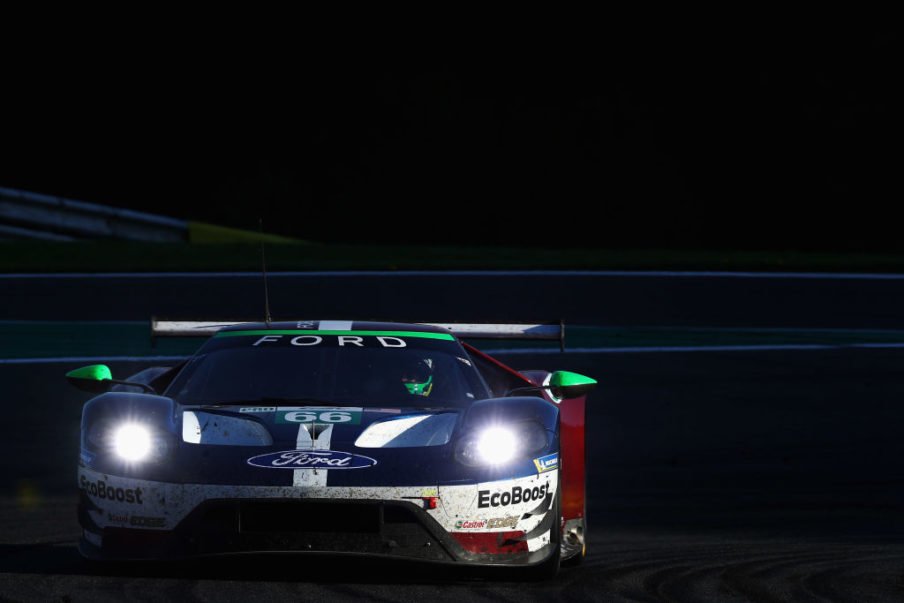 On the other side of the garage, it was a slow start for the #67 Ford. The team spent the first half of the session working on the car and it was only with less than 10 minutes on the clock that Andy Priaulx was able to get out to set his first time before handing over to team-mate Harry Ticknell. They could only finish sixth in class.

The #97 Aston Martin (Alex Lynn and Maxime Martin) took third quickest ahead of championship leaders Michael Christensen and Kevin Estre in the #92 Porsche.