Ott Tanak has taken his second dominant 2018 World Rally Championship victory in a row, finishing 39.2 seconds ahead of second-placed Thierry Neuville in Germany.

Tanak won Thursday’s opening stage before Sebastien Ogier went into the lead after SS2, but Tanak took back the position on the next stage and retained it for the rest of the rally.

This blistering performance has put Tanak within 11 points of Ogier in the championship and firmly into the mix of the championship chase, and Toyota into second in the manufacturers’ standings, a perfect present for co-driver Martin Jarveoja who celebrated his birthday on Sunday.

Sebastien Ogier salvaged what could have been a disastrous weekend for his championship hopes and managed to only lose two points to rival Neuville despite losing over a minute and a half changing a tyre on Saturday afternoon.

Ogier was running in second before the puncture dropped him down to ninth and won the stage immediately afterwards to go ahead of M-Sport team-mate Teemu Suninen.

He then benefitted from Craig Breen running wide and damaging his suspension as well as the misfortunes of Dani Sordo and Jari-Matti Latvala.

Sordo and Latvala were in a tight battle for second going into Sunday morning but transmission problems for Latvala meant that he had to limp through the day’s opening stage and eventually park up and retire from the event. 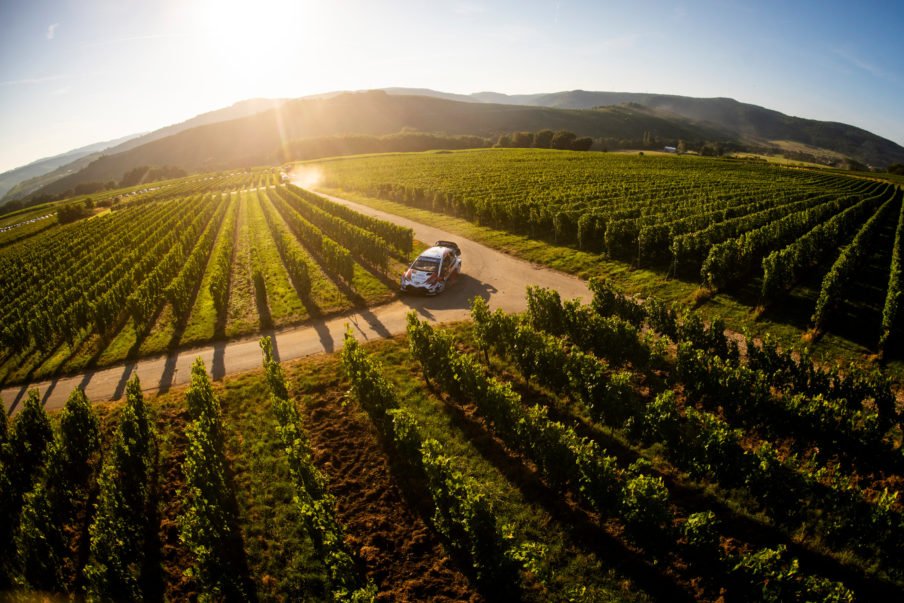 On the same stage Sordo had a high-speed off that left him with a smashed windscreen and he too was forced into retirement.

This bumped Ogier up to fourth and after factoring in the five championship points he secured for taking victory in the powerstage second-placed Neuville achieved only two more points than Ogier in Germany.

Neuville was also lucky to come away with such a haul of points after an oil leak caused him to stop on his way to the fourth stage of the weekend.

The Hyundai team replaced his gearbox as a precaution but the Belgian was unhappy with the set-up for the remainder of the event.

Third place went to Esapekka Lappi, who had started the weekend nervous of the dusty asphalt but held together a clean rally to make it two Toyotas on the podium.

Suninen finished behind team-mate Ogier, improving up to fifth towards the end of the rally after a slow start to the weekend.

Andreas Mikkelsen spent the weekend learning to be more aggressive with his Hyundai’s steering and made the most of the struggles of his rivals to finish sixth.

Breen finished in seventh in a weekend where the Citroen drivers’ inexperience on the asphalt showed. He was far down the order after being caught in a rogue rain shower on Friday morning and although he was challenging Lappi for fifth on Saturday afternoon his off and resulting suspension damage ruined his chances of progressing up the field. 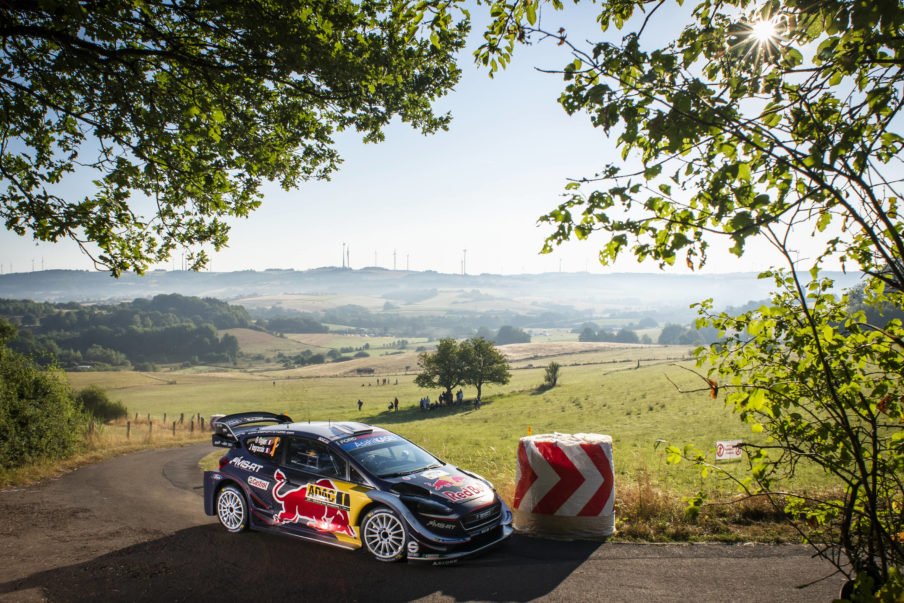 In eighth place was Marijan Griebel who had won his outing in an old spec WRC Citroen for taking victory in the U28 class of the 2017 European Rally Championship.

Elfyn Evans was running as high as fourth before he went off on Romerstrasse, incurring enough damage to end his rally.

Mads Ostberg had a change of fortune from his second last time out in Finland, with his Friday compromised by an errorously replaced front bumper that affected the air intake and cost the Norwegian time.

He was running in 10th when he crashed out of Sunday’s opening stage.