Josef Newgarden took a commanding victory at Road America, ending his recent duck in form in IndyCar, bringing him within a race victory of championship leader Scott Dixon in the points. 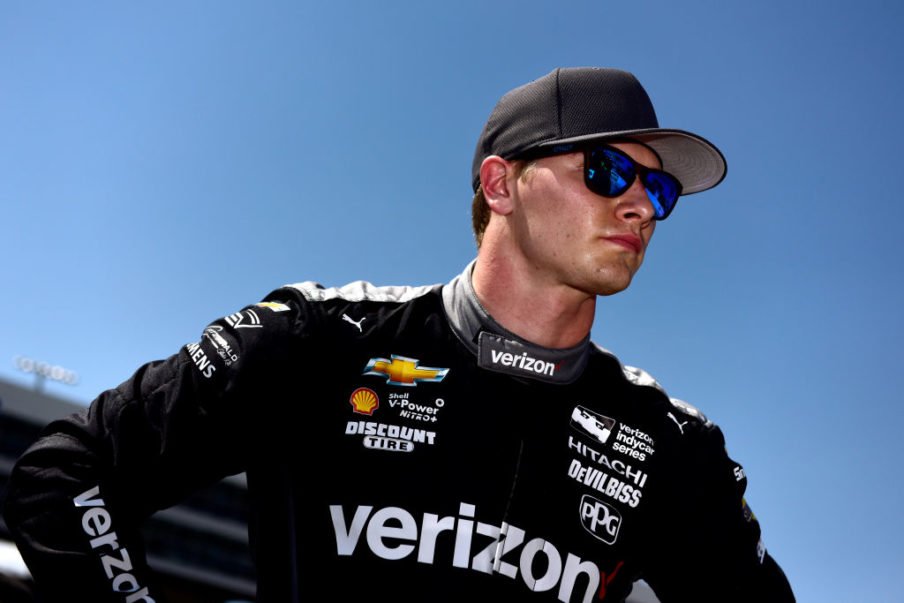 Newgarden led 53 laps out of 55 as he bounced back after a poor month of May at Indy and Team Penske’s struggles at the Dual in Detroit. It wasn’t all plain sailing for the current series champion though, as Ryan Hunter-Reay was only around one second behind Newgarden for most of the race, only dropping back slightly at the end and cementing himself in second in the points standings. 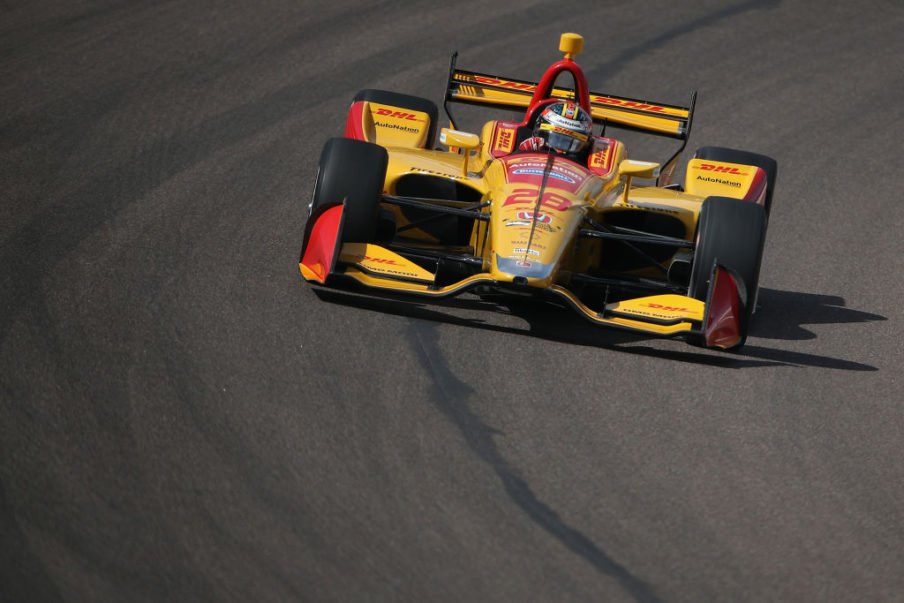 Scott Dixon and Chip Ganassi Racing tried everything they could on strategy to try and get to the front but had to settle for a well-earned third-placed finish as Newgarden and Hunter-Reay just had the pace to negate any strategy plays. Dixon still leads the championship by 45 points following his recent run of form. 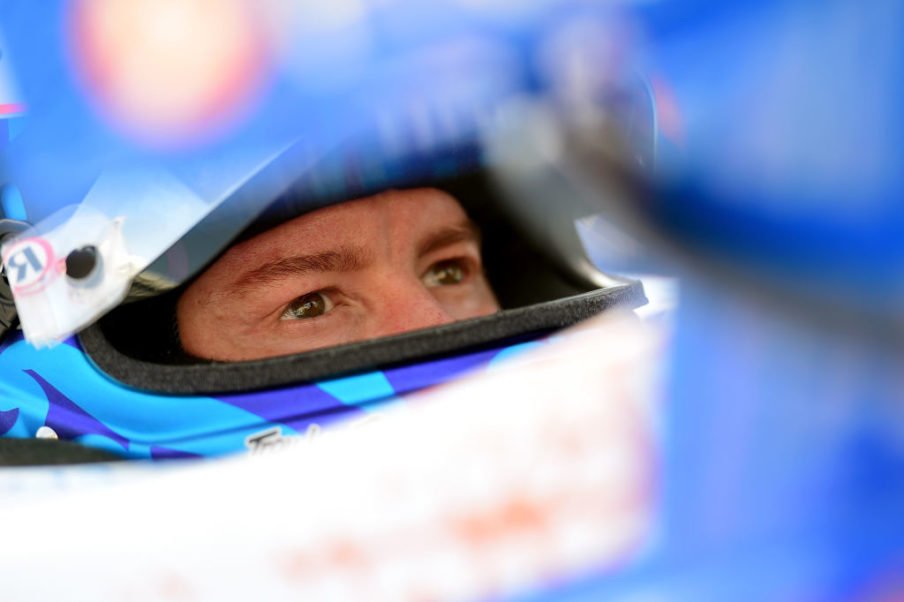 Both Will Power and Alexander Rossi encountered mechanical troubles that cost them both vital points on a day where their three main championship rivals all finished on the podium. Power’s race was over before it began, as problems for his Chevrolet engine eventually forced him to retire, despite Team Penske’s best efforts to get him running again.

Alexander Rossi meanwhile was forced into an unscheduled pitstop near the end of the race. The issue meant he finished down in 16th, a disappointing result considering the fact he was running in third at the time and was set to gain on Scott Dixon in the championship. Instead, he leaves Road America tied for second in the points with Andretti Autosport team-mate Hunter-Reay, with a 45 point gap to Dixon.

Sebastien Bourdais also had some mechanical niggles early in the race, as a problem with his gearbox control unit on his Dale Coyne entry cost the veteran Frenchman a top 5 result.

Rahal Letterman Lanigan Racing had one of their best results of the season so far as Takuma Sato and Graham Rahal finished fourth and sixth respectively, with Sato keeping up with the lead pack for most of the race.

Spencer Pigot scored his best result since moving up into the #21 car full-time for Ed Carpenter Racing with a strong eighth, just missing out on P7 to the Penske of Simon Pagenaud on the last lap.

Ed Jones and James Hinchcliffe rounded out the top ten in a race with no cautions, the first time that’s happened during a Road America IndyCar race since the year 2000.

The series moves on to the Iowa Corn 300 at Iowa Speedway in two weeks’ time. 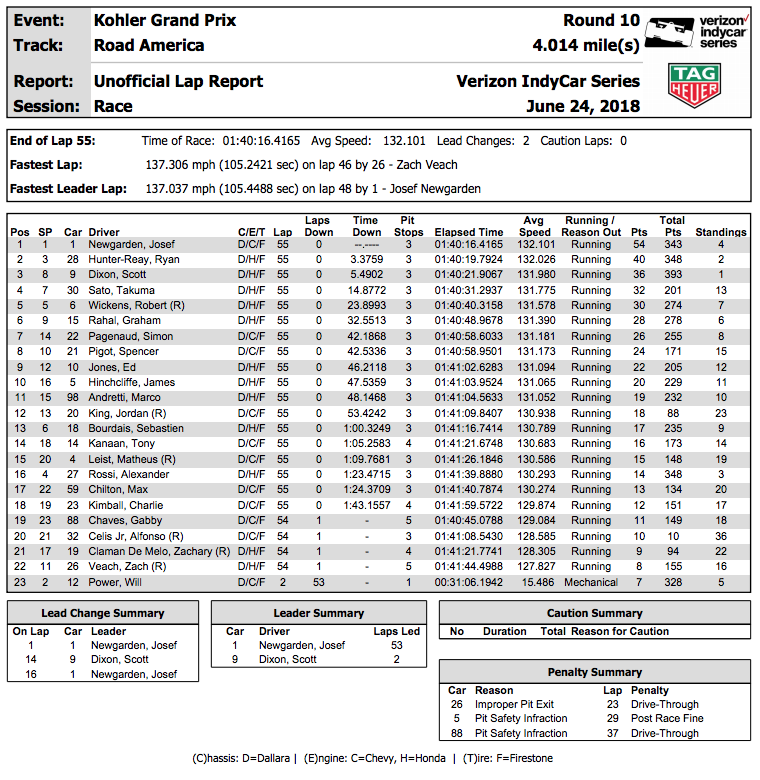