It was an incident 39 laps in the making. The two Red Bulls had spent the entire race in close proximity and had made contact on no fewer than two occasions before the ultimately terminal confrontation.

Initially hamstrung by difficulty in charging the cars’ ERS batteries and hobbled the entire distance with tyre warm-up issues, the Azerbaijan Grand Prix was a potentially promising race for Red Bull that unravelled in the very first laps.

As ever, there are two approaches to reviewing the fateful incident itself. The first is to don a pair of stewarding blinkers, view the incident entirely in isolation and compare it to historical precedents.

However, it is generally more intuitive to try to empathise with the emotions in the cockpit, in order to try to reconstruct the psychological timeline that led up to the collision. The decision by the team and the FIA not to exclusively apportion blame to either party is a faithful and correct application of the former approach.

Christian Horner’s policy of indiscriminate rage made it crystal clear that such behaviour was unacceptable without fouling the delicate diplomatic relations within the team. However apolitical fury does not fully illuminate the incident in this case. Both drivers certainly left Baku with explaining to do, but Max Verstappen unquestionably has more to answer for than his team-mate.

A crash in FP1 was the worst possible start to an important redemptive weekend for the under-fire Verstappen, and whilst he recovered with his usual aplomb, a distant tow from Raikkonen put Ricciardo ahead come Q3. Max went into Sunday as a man under immense pressure to show a more calculated approach to racing. 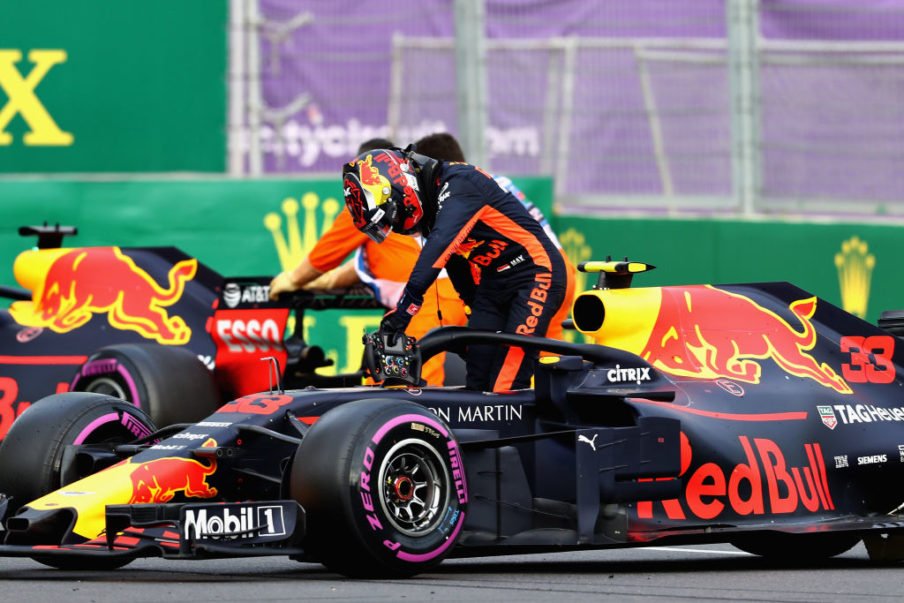 A tangle with Hamilton in Bahrain and a bungled pair of passes on Vettel and Hamilton in Shanghai underpinned a disastrous start to the 20-year-old’s season. With his distinctively combative style having already cost him valuable points, the obvious response surely was to be more circumspect in Baku.

Just as Hamilton succeeded in dialling down his belligerence towards the end of a crash-strewn 2011 season, Verstappen surely now needed to reign-in his reckless instincts.

But no. Instead, clearly, Max felt the best approach was to vindicate his racing ethos by keeping his quicker team-mate behind him at all costs. A bold move on the first safety car restart, slicing up the inside of Ricciardo into T2, and a brace of equally audacious repasses on the Aussie were all fine manoeuvres from Verstappen.

They were however already beyond the threshold of aggression that most drivers would readily show their team-mate. On lap 13, with Verstappen adamantly claiming the apex of T1, a touch with Ricciardo easily could have bounced the Aussie into the barriers on the outside. All the while Max was sending a very clear message: that his track position was more important to him than the team’s final result.

Ricciardo was the quicker Red Bull in Baku, and but for an ‘overcut’ on cold tyres, his superb move around the outside of Verstappen prior to his pit-stop should have been the foundation of a clear run to P4. As things stood, Ricciardo found himself under pressure to “do him again”; to borrow race engineer Simon Rennie’s phraseology.

The fateful lap 39 initially developed just any ‘dummy’ manoeuvre would; with Ricciardo feigning an intent of repeating the same outside-line lunge that had proven so effective just a handful of laps before. 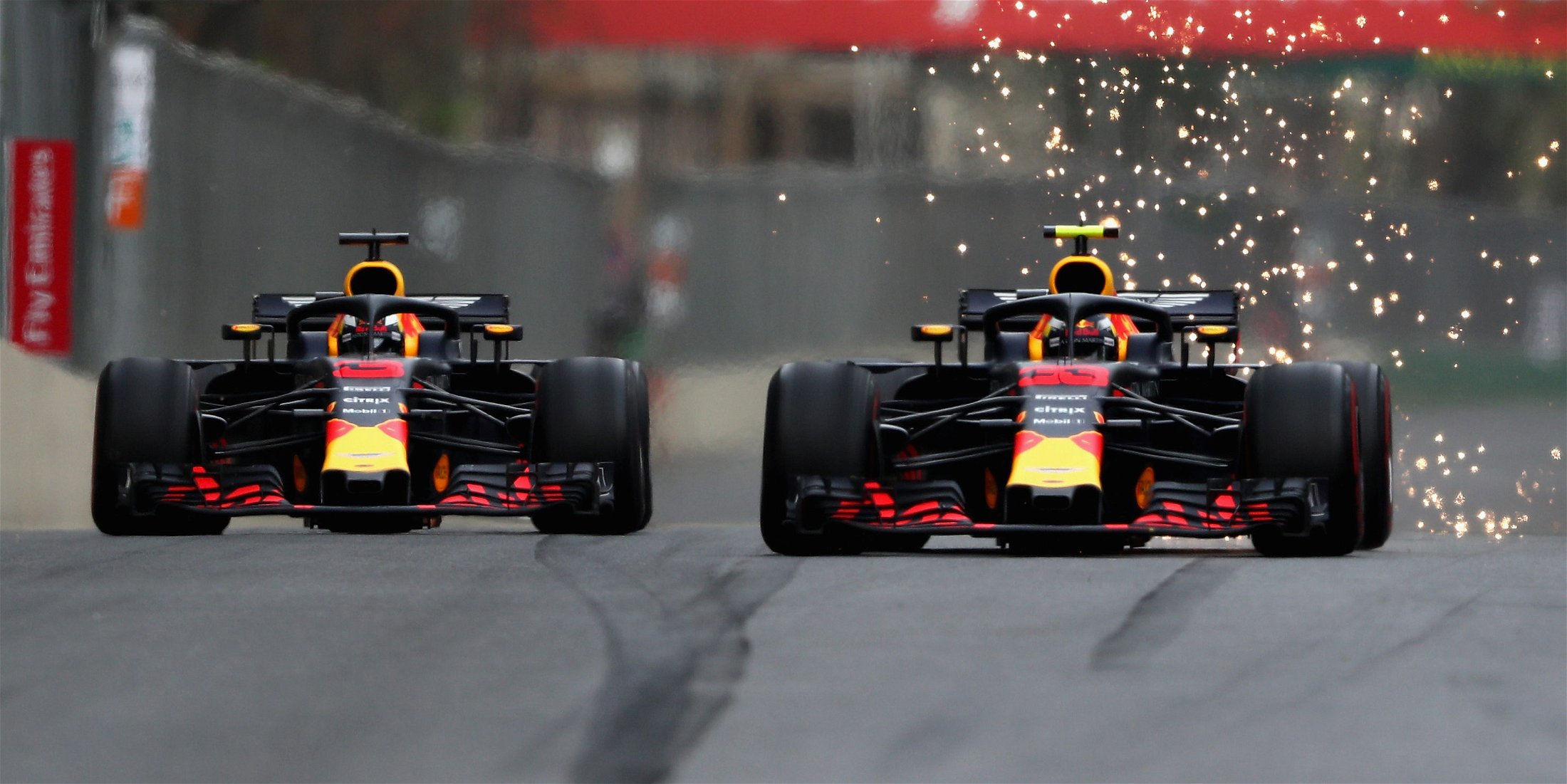 This momentarily prompted Verstappen towards reclaiming the usual racing line, however in cannily spying the Aussie’s intention he darted back to inside line with disastrous consequences.

Without telemetry it is impossible to tell whether Verstappen put his car on its fateful defensive trajectory before Ricciardo was committed on the brakes, but two things are clear: 1) that Verstappen made two defensive moves and 2) there was sufficient room for Ricciardo’s car at the moment he decided to commit to the inside.

However, Ricciardo can by no means be exonerated from the collision. Even before Verstappen blocked the inside line, the gap was arguably too small to warrant the risk. Similarly, committing to the brakes so late in such close proximity to his team-mate’s rear-wing, with the pit wall barring a possible escape route, was almost asking for trouble.

But Daniel can certainly be forgiven for his confidence on the brakes following on from his Shanghai heroics. Moreover, it is not like the Australian has ever made contact before during the countless times he has made ‘dummy’ passes in the past.

Indeed, in one of the finest examples ever seen, Ricciardo ‘dummied’ his then team-mate Sebastian Vettel into the Della Roggia chicane during the 2014 Italian Grand Prix. It is entirely likely that had Verstappen not made a second defensive move, Ricciardo would have completed the pass cleanly.

In that vane, it is worth noting that Verstappen has an established history of defensive misdemeanours. In 2016, a late swerve saw him tangle with Raikkonen in Hungary and at the very next race, the Dutchman sparked outrage as he weaved on the Kemmel straight at Spa. 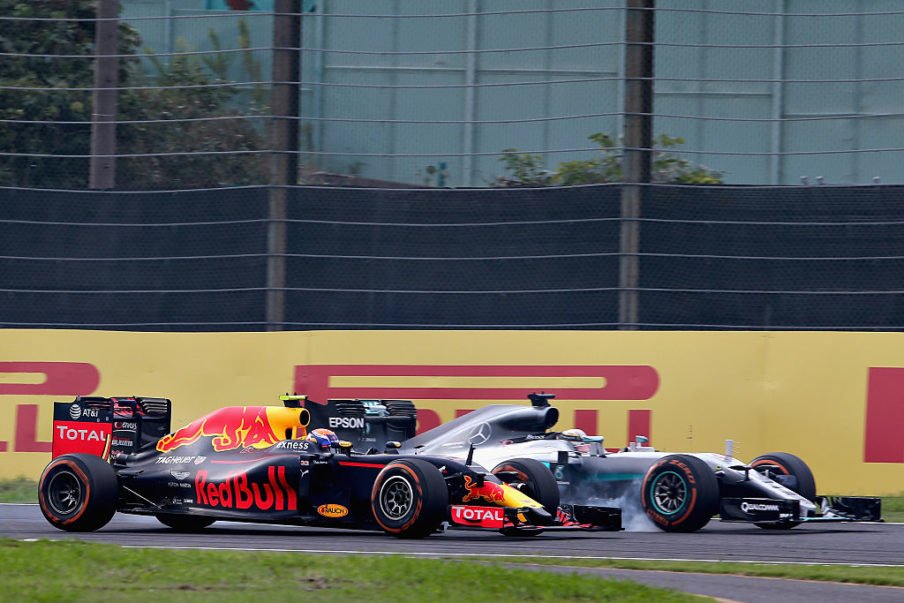 Also, in a move that bears a marked resemblance to Baku, a defensive move under braking caused Hamilton to lock-up and miss the chicane on the penultimate lap of the 2016 Japanese Grand Prix. With the downforce from the front of his car disturbed by the swerving Red Bull, Hamilton easily could have collected Verstappen, as Ricciardo did.

Whilst the Dutchman avoided a penalty, it was an incident that led to the adoption of the so-called ‘Verstappen rule’; specifically intended to stop drivers making defensive manoeuvres under braking. Whilst the rule has since been reversed in order to give drivers more racing freedom, incidents like Baku illustrate why it might be necessary.

But why curtail the racing freedom of the entire grid simply to reprimand the overzealous defensive tactics of one driver? If Verstappen needs to be rear-ended again before he learns that contact is the most likely result when he makes multiple/late defensive moves, so be it.

But to reapply the stewarding blinkers for a moment, the fact that the incident was at least 70% Verstappen’s fault is actually immaterial. Whilst Ricciardo might feel inclined to be less hearty in his enforced apology to the factory, the fact that the collision resulted from varying doses of Australian audaciousness and dogged Dutch defence made it a clear racing incident.

Not that that will deter journalists from including it as another catastrophic episode in Verstappen’s increasingly disastrous season. Having looked like a champion in waiting throughout much of a banzai 2017 season, the Dutchman must now reflect on a tricky start to ’18 and analyse why he has strayed so far from the superb run of form he enjoyed in the latter half of last year.

Vettel: Leclerc and I ‘mature enough’ to move on from collision

How the next generation of drivers kept us entertained in lockdown

Renault: Alonso FP1 outing not ‘necessary’ for remainder of 2020

Alonso signs with Renault to seal F1 return in 2021