Josef Newgarden used strategy to his advantage in a late-race restart to claim the victory in the second round of the Verizon IndyCar Series season at ISM Raceway in Phoenix. 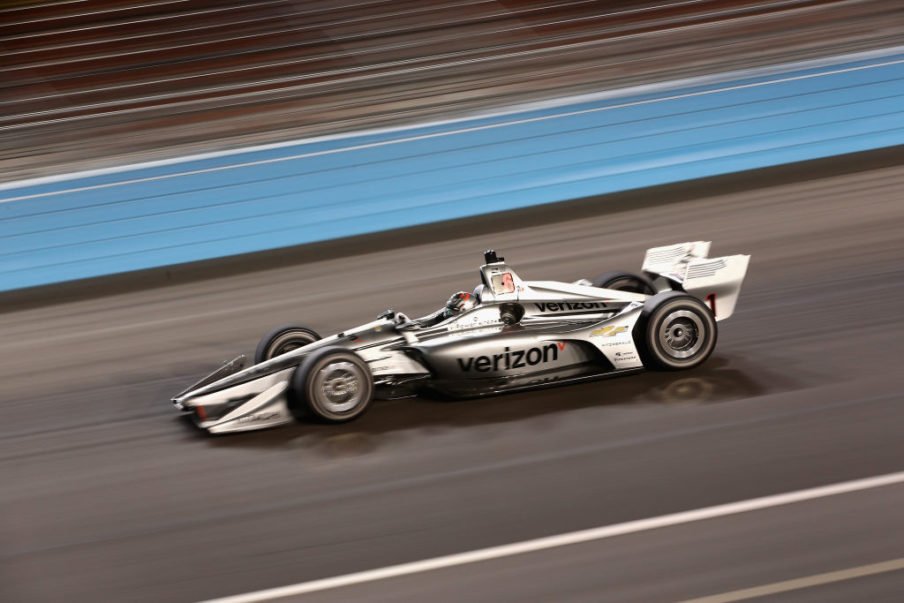 After Ed Jones crashed his #10 Chip Ganassi Racing Honda from a promising second position due to encountering problems with the lapped car of Spencer Pigot, Newgarden pitted for fresh rubber along with most of the field, apart from Robert Wickens, James Hinchcliffe and a charging Alexander Rossi who had stormed back from a lap down after an early incident on pitroad with one of his crew members got him a drive-through penalty.

Newgarden passed both Rossi and Hinchcliffe effortlessly around the outside within a lap of each other, but was made to fight for the win by Wickens, who once again starred in his first ever oval race, pulling off some great defensive moves before Newgarden passed him also. 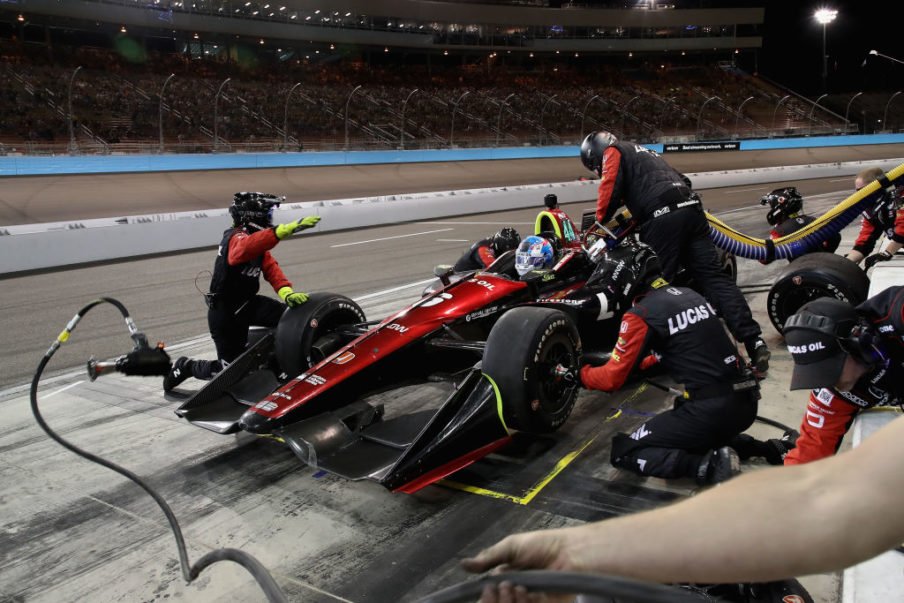 Newgarden prevailed to take his first win of the 2018 season, his first victory at Phoenix, and Team Penske’s third consecutive win at the track since the series returned in 2016. Wickens would go on to finish an impressive second, with Rossi in third place. Scott Dixon recovered from an abysmal qualifying down in seventeenth position to finish fourth, and Ryan Hunter-Reay rounded out the top 5. 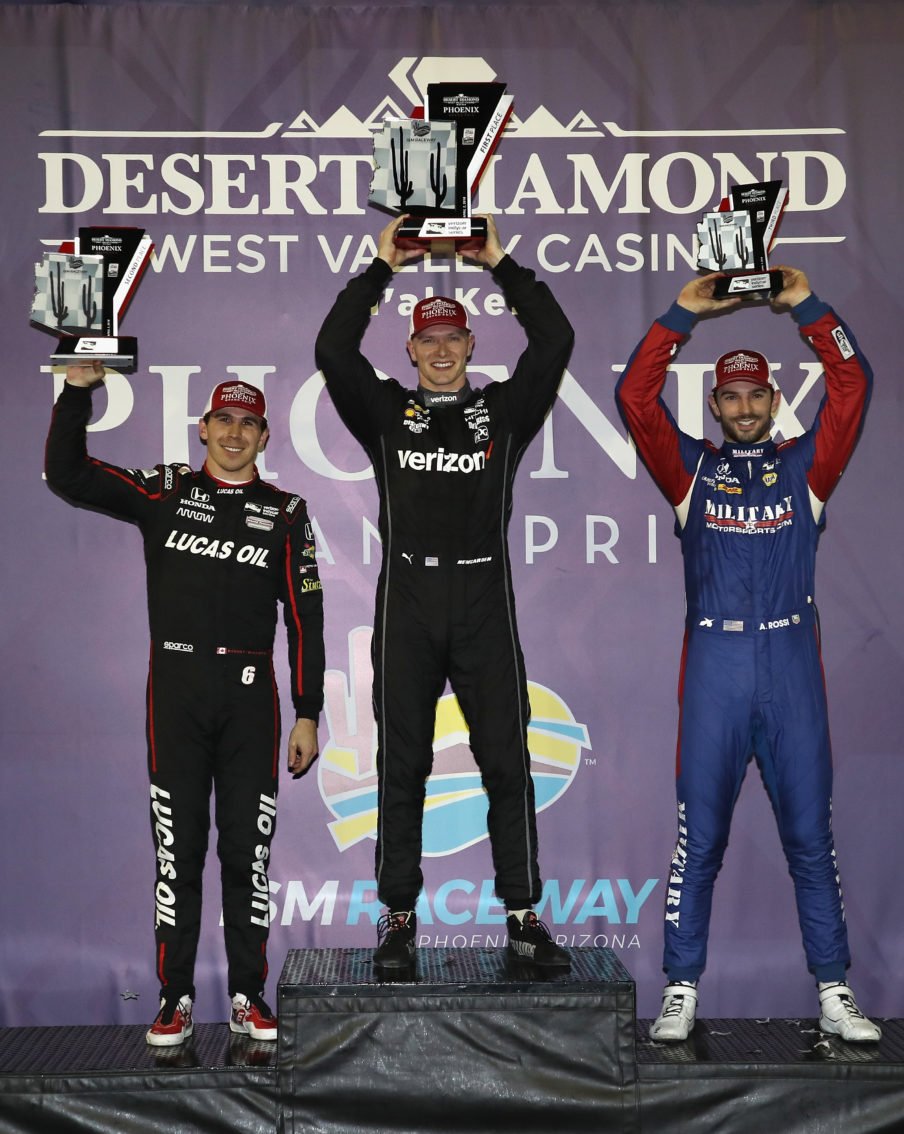 James Hinchcliffe slipped to sixth on his worn tyres, only beating seventh-placed Ed Carpenter by two hundredths of a second over the finish line. Tony Kanaan secured a solid eighth place finish in his AJ Foyt Racing Chevrolet. His team-mate, rookie Matheus Leist who had impressed on debut on the streets of St Petersburg, finished 9 laps down after leaving his pit stall with a loose left-rear tyre about halfway through the race. 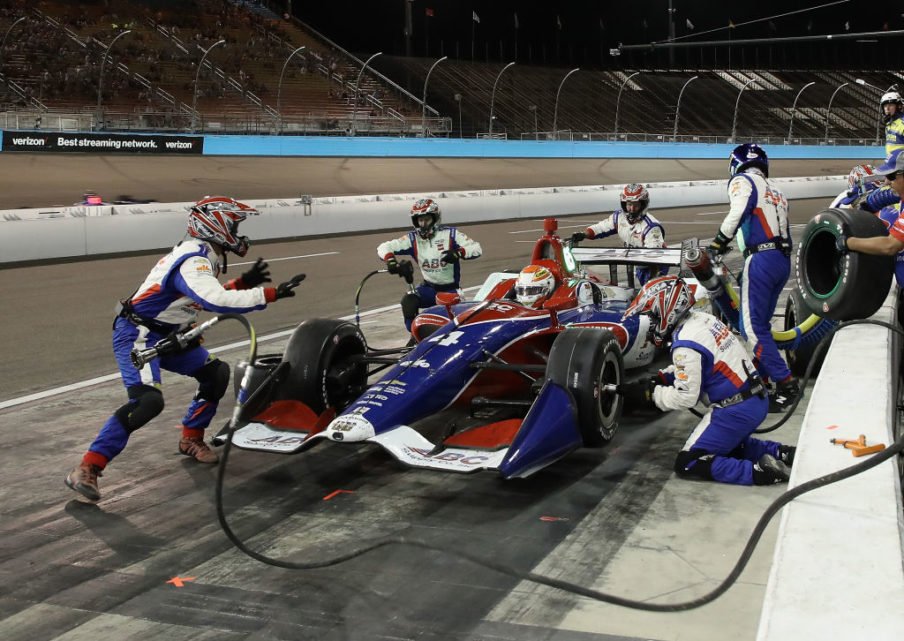 Graham Rahal and Simon Pagenaud rounded out the top 10. Pagenaud, who had qualified in second, had a major delay during his first pit stop of the race which sent him to the back of the lead lap, and he never recovered much from there.

Polesitter Sebastian Bourdais fell foul of another pitlane incident early in the race after he locked up coming into his box and hit a crew member, giving him a drive-through penalty that left him a lap down. He would go on to finish thirteenth, unable to match the stunning pace Rossi set when unlapping himself. 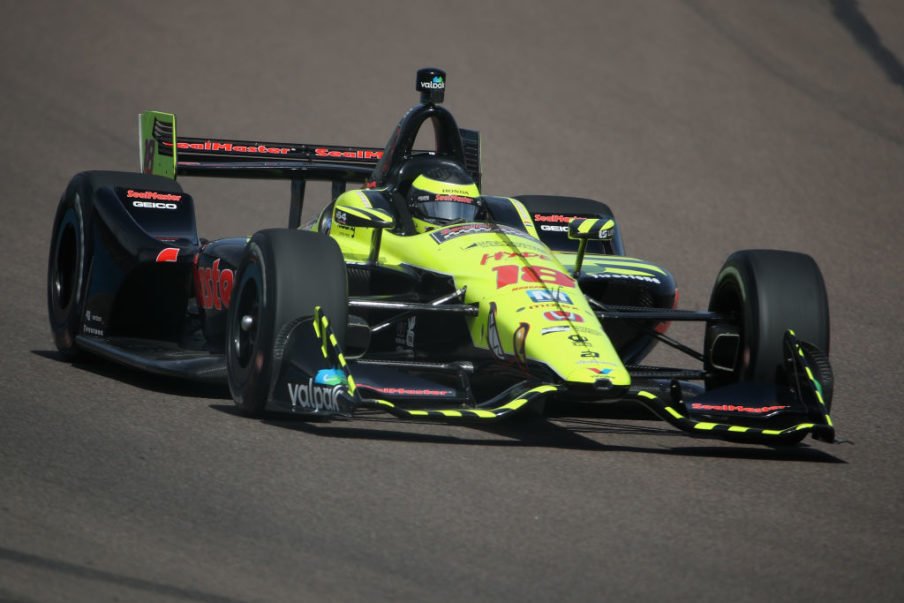 The only other caution during the race was for rookie Pietro Fittipaldi, whose Dale Coyne Racing Honda hit the turn 4 wall on lap 40. Fittipaldi had qualified tenth and was looking strong until his incident put him out of the race. Both fellow rookie Kyle Kaiser and Will Power also did not finish after they made contact with the same turn 4 wall during the race, although in less dramatic circumstances not requiring a caution. 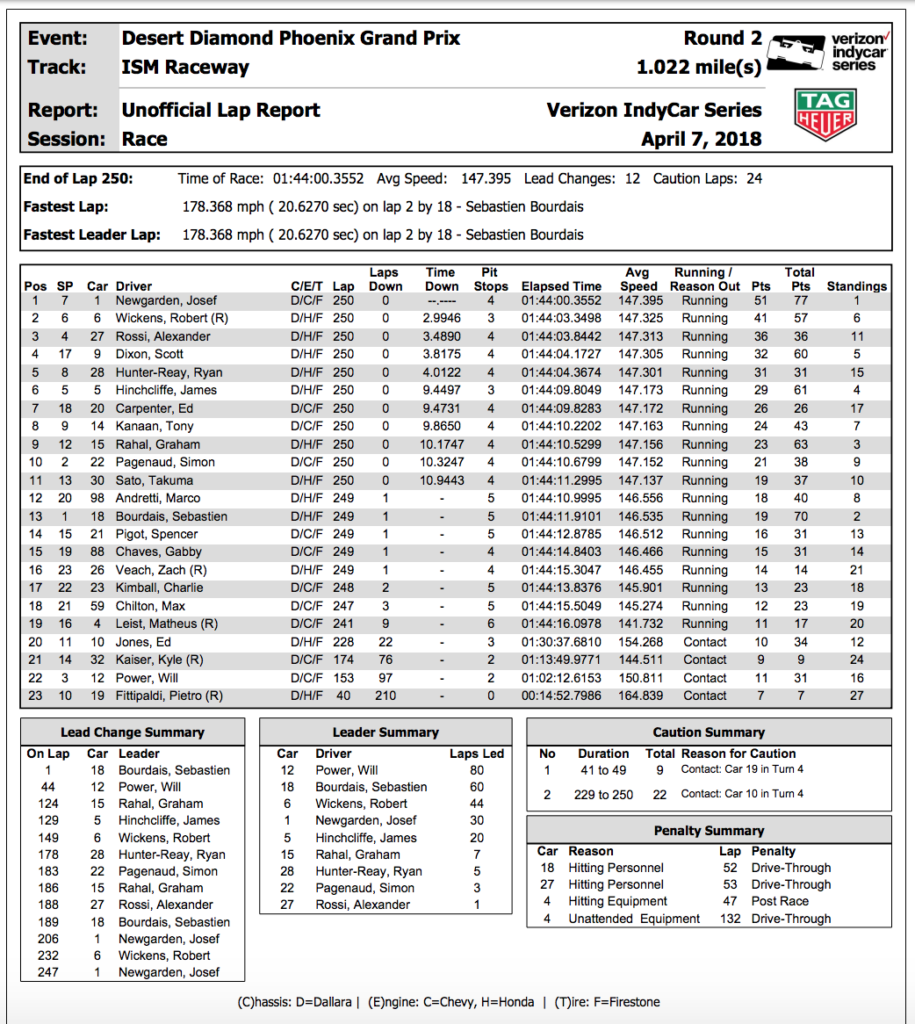