The GT Le Mans class of the IMSA Weathertech Sportscar Championship has consistently provided the most entertaining racing in the series for several seasons, and despite the 2018 entry list only consisting of 9 cars, the competition will be as close as ever for the victory at the 2018 Rolex 24 At Daytona.

The Ford Chip Ganassi Racing Team, who won this event last season, returns with a two-car line-up as it looks to retain its crown. Unlike previous seasons, its made the decision to not to bring over the two extra cars that it would usually run in the World Endurance Championship, but that doesn’t mean its short on talent. Joey Hand and Dirk Muller return to the team for the full season in the #66 Ford GT that it raced to victory lane at Daytona a year ago. Four-time Champ Car champion Sebastien Bourdais also returns to the #66 team for the endurance rounds. The #67 entry also sports an unchanged line-up, as Ryan Briscoe and Richard Westbrook return for the full season, to be joined by four-time IndyCar champion and 2008 Indianapolis 500 winner Scott Dixon. 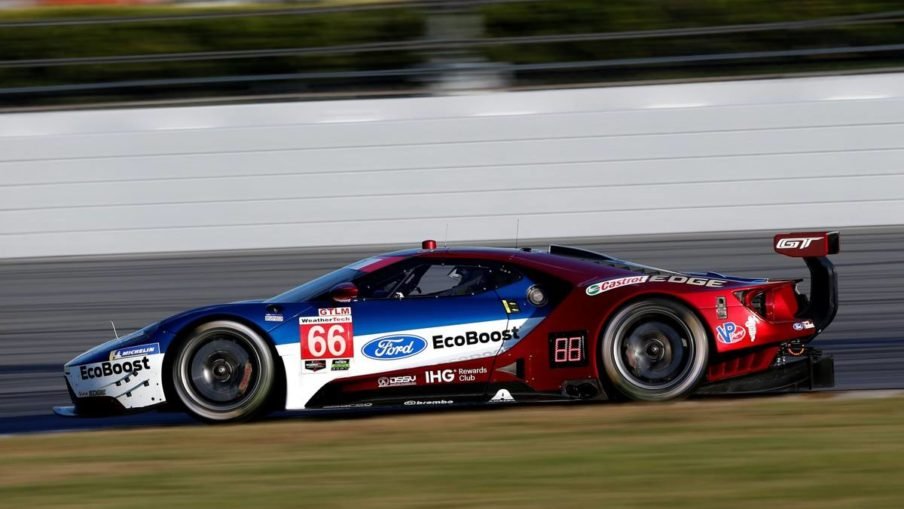 Corvette Racing and its team of two Corvette C7Rs will come into Daytona full of hope after Jan Magnussen and Antonio Garcia claimed the GTLM championship last season. They both return to the team in the #3 alongside Mike Rockenfeller. The #4 car that won the Rolex 24 in 2016 by inches over its team-mates is unchanged as well, with Oliver Gavin and Tommy Milner returning for the full season joined by Marcel Fassler. 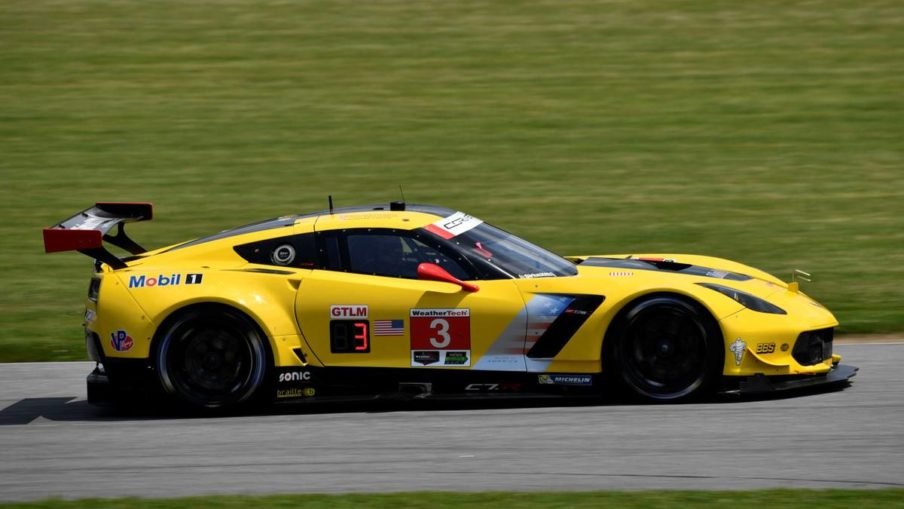 Rahal Letterman Lanigan Racing returns to Daytona armed with two brand-new BMW M8 GTLM cars. John Edwards stays with the team for the full season in the #24, to be joined by Jesse Krohn moving up from the Turner BMW team in the GT Daytona class. Both Nicky Catsburg and Augusto Farfus complete the driver line-up. The #25 will be piloted by the returning Alexander Sims who helped the team to the runner-up spot in the overall championship last season, and Connor De Phillippi who joins the team for the full season. BMW factory veteran Bill Auberlen moves down to an endurance-only role for this season, and Phillipp Eng completes its endurance squad. With a completely brand-new car, its objective will be to finish the race with no mechanical issues first and foremost. 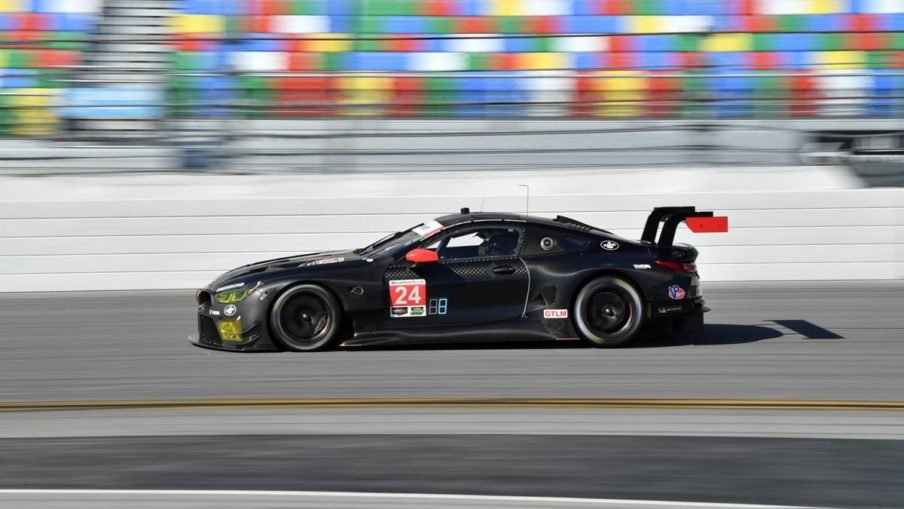 Porsche Racing and its always-competitive Porsche 911 RSRs will be hopeful of its chances of victory at Daytona, with a second-place finish at the 2017 Rolex 24 and a championship win in the North American Endurance cup for the #911 car. Patrick Pilet returns to that car for the full season, and after Porsche shutting down its factory LMP1 Hybrid programme 2015 Le Mans overall winner Nick Tandy joins their IMSA effort for the full championship schedule. Frederic Makowiecki will compete alongside them for the endurance rounds. Laurens Vanthoor returns to the #912 car and is joined by another WEC refugee, Earl Bamber. Gianmaria Bruni will run the endurance races with them after completing a partial season in the #912 last year. 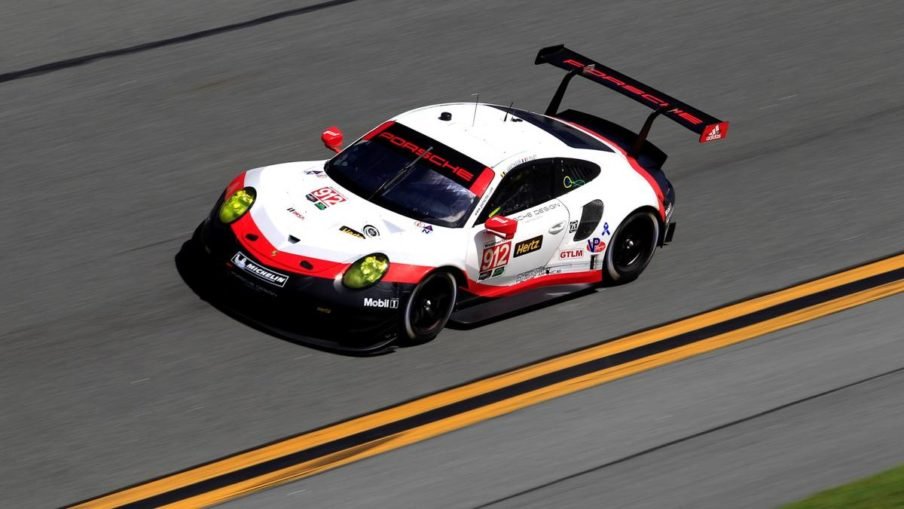 After not being able to compete in several races last year due to a crash at the Le Mans 24 damaging their Ferrari 488 GTE heavily, Risi Competizione will be highly motivated to come to Daytona and claim the GTLM class honours, especially considering that, at the present moment they do not plan on entering the full IMSA season. Ferrari factory drivers Toni Vilander, Alessandro Pier Guidi, James Calado and Davide Rigon will be the drivers of the #62 machine. 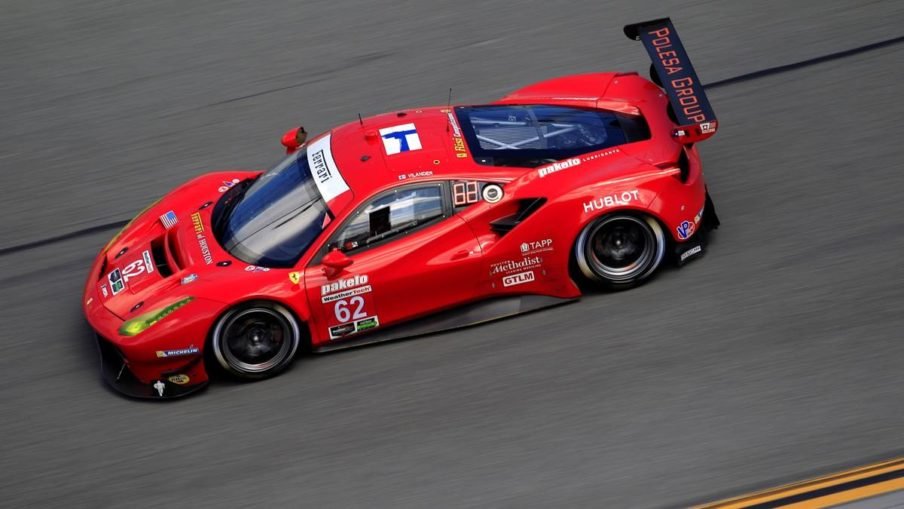