McLaren Formula 1 team principal Andreas Seidl says he was “not surprised” by Ferrari’s strong performance at the British Grand Prix, predicting a “tough battle” for third in the constructors’ standings.

McLaren went into the Silverstone weekend 19 points ahead of Ferrari, but a strong drive from Charles Leclerc to second place help cut the gap by a further four points.

Leclerc’s podium marked a solid turnaround for the Italian outfit after he and team-mate Carlos Sainz struggled with tyre wear at last month’s French Grand Prix, with neither driver finishing in the top 10.

While McLaren had both of its cars finish in the top five at Silverstone, it finished 25 seconds behind Leclerc at the chequered flag.

Seidl admits Ferrari’s upswing in form last weekend didn’t come as a shock, given it has the experience to react to its issues on track.

“I am also not surprised by the steps they can make in a season, as it is a strong team with two strong drivers,” Seidl said, as quoted by Motorsport.com.

“They also have all of the resources that they need in order to react to problems. They have the team with the experience to react to the problems so it is not a surprise.

“It will be a very tough battle until the end of the season.”

McLaren is aiming to match its best-ever finish in the V6 hybrid era from last year, with the Woking-based outfit scoring 57 points more than at the same stage in 2020.

Ferrari itself is on a recovery path having endured its worst season for four decades in 2020.

Seidl revealed McLaren will introduce some updates at the Hungarian Grand Prix, as it seeks to hold off Ferrari’s threat for P3 in the championship.

“We are bringing some upgrades to Hungary for our car in order to make sure we keep this battle up,” said Seidl.

“It is great for us that we are in P3 in the constructors’ championship, and after 10 races, 163 points is again a big step forward for us compared to last year.

“So I am very happy for that.”

Verstappen ‘not interested’ in media frenzy over Silverstone crash

Schumacher’s crooked F1 seat set to be fixed for Hungary 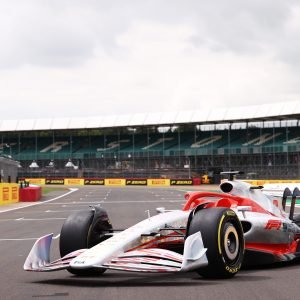