Romain Grosjean has completed a seat fitting in preparation for his farewell Formula 1 test, it has been revealed.

Grosjean was due to leave F1 at the end of 2020 after Haas opted not to offer him a new contract, but his season was cut short following his fiery crash at the Bahrain Grand Prix.

The 137mph impact resulted in the Frenchman sustaining severe burns to his hands that prevented him running at the final two rounds last year.

Having been denied the chance to end his F1 career on the track, Grosjean spoke of his desire to organise a one-off test for a final run in an F1 car.

Mercedes boss Toto Wolff said he would be willing to arrange a private outing for Grosjean, which would see him drive one the team’s championship-winning cars.

Speaking earlier in the year, Grosjean, who has switched to Indycar for 2021, said he was “finalising the plan” following  conversations with Mercedes.

Executive producer for Netflix’s documentary series Drive to Survive James Gay-Rees revealed Grosjean had been filmed having a seat fitting.

“We were filming with Grosjean for a seat fitting today,” Gay-Rees told the In The Fast Lane podcast. “He’s having one last spin with a team.”

According to reports, Mercedes has refused to confirm whether Grosjean visted the factory for the seat fitting.

The test will have to scheduled around Grosjean’s Indycar commitments, with the opening race of the season taking place on April 18.

To keep in line with the FIA’s strict testing rules, Grosjean will likely conduct the test in a two-year old Mercedes.

Perez rues last-corner mistake after missing out on Imola pole

Spanish GP to be held behind closed doors

Wolff: Mercedes was unaware of historical context between Hamilton and Rosberg 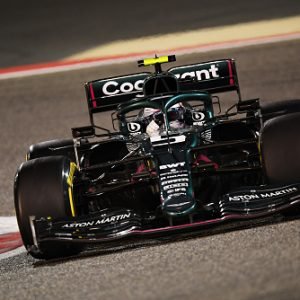 Aston Martin: Too early to write Vettel off after Bahrain struggles