Daniel Ricciardo says this year’s Formula 1 season has been his “most satisfying” since he finished third in the drivers’ standings for Red Bull in 2016.

Ricciardo spent five years at Red Bull before making the shock switch to Renault for 2019, where his debut campaign failed to hit expectations.

The French outfit has turned a corner this year, with the RS20 proving a much more rounded package, allowing Ricciardo to score two podiums in Germany and Imola.

“But I think so far, yes. I mean, my enjoyment is really high at the moment, I’m loving racing, and I think that was also heightened from the kind of lockdown and missing the competition for longer off-season.

“So having it taken away I think made my desire to come back obviously a lot a lot stronger.

“And yes, it’s been cool, and you’re probably right, 2016 was a really good year I remember with Red Bull, so this is probably the best, or the most satisfying, since then.”

Ricciardo began the season knowing he’d already signed a deal to race for McLaren from 2021, but his performances have helped Renault contend for third in the constructors’ championship.

Reflecting on the year as a whole, the Australian felt the progress from a disappointing 2019 has made the season “more fun” after experiencing his ‘”most tough” year emotionally at Red Bull.

“It’s what you make it, I guess. I don’t think any year is easy, but it’s also what you make of it, how much you put on yourself,” he said.

“Even if you win every race sometimes it can be tough on you. Depends how high you set the bar.

“I think the last year [2018] at Red Bull was emotionally the most tough, because the start of the year it looked like maybe I was bidding for a world championship, and then mid-year I realised that I wanted to move on, and then towards the end of the year it was DNF after DNF.

“So there were a lot of emotions that year, so to this day I think that was the most tough year for me emotionally, and how it played with me a little bit.

“This year it’s definitely been more fun, because that building has delivered some really good results.” 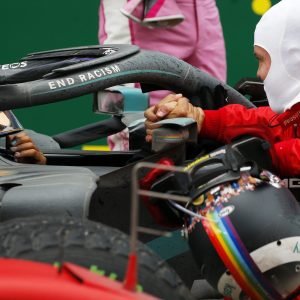