The German Touring-Car Championship, or DTM, is perhaps not the first series you would suggest from which Formula 1 could draw inspiration in its eternal battle to improve the Sunday spectacle.

The DTM boasts a melting-pot grid of single seater stars, GT prodigies and familiar faces, like ex-F1 driver Paul di Resta. The V8-powered super saloons also have aerodynamic bodykits that make them among the fastest tin-top racers in the world.

And yet the DTM’s USP has also been its biggest weakness: just as F1’s wings and slicks formula has prevented overtaking, this is compounded when the pendulum effect of the heavier DTM cars meets the dirty air of an another car. So whilst qualifying sessions in the DTM have always been a spectacular display of the aggressive-looking aero-kits at work, the result of the races were invariably decided by the first lap.

Or at least, that was the case until 2017. For this season the DTM’s governing body, ITR, announced a profound change in the series’ technical philosophy: more power, up to over 500bhp, and crucially, less aerodynamic grip.

However because the more powerful cars also have grippier Hankook rubber in 2017, the new generation of DTM cars have set lap records at every circuit they raced at. Whilst the move derives from a failed attempt to align the DTM with Japanese SuperGT, the ITR have inadvertently created a technical blueprint that ought to be envy of series across the world. 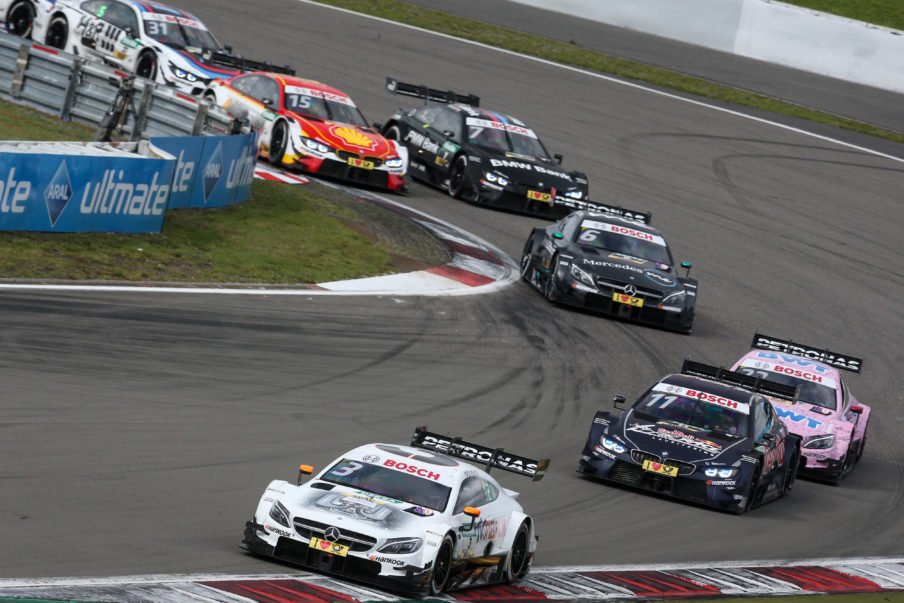 Into that mix, the DTM have also deregulated the strategic options available to the teams, increased tyre degradation, reduced the number of team personnel in the pit-stops for greater variability, rather boldly banned tyre warmers and sprinkled it with fan freebies, like side-by-side safety car restarts.

The results have been plain to see. Last weekend’s ostensibly rather bland affair of a dry race two at a Nürburgring GP circuit not renowned for producing great racing, turned into a subtle thriller. The contest (link to full race) pitted reigning champion Marco Wittmann against Paul di Resta and former Formula Renault 3.5 champion Robert Wickens.

All three held track position at varying points in the race, and the circuit saw bold manoeuvres at corners where passes are rarely seen amid a bubbling cauldron of strategic gambles, cold tyres and driving flair.

The DTM has always had great potential, and has always been able to boast one of the most star-studded, professional grids outside of F1. However, prior to this season, it has long suffered a platform unable to do full justice to the excellence of the stars behind the wheel. 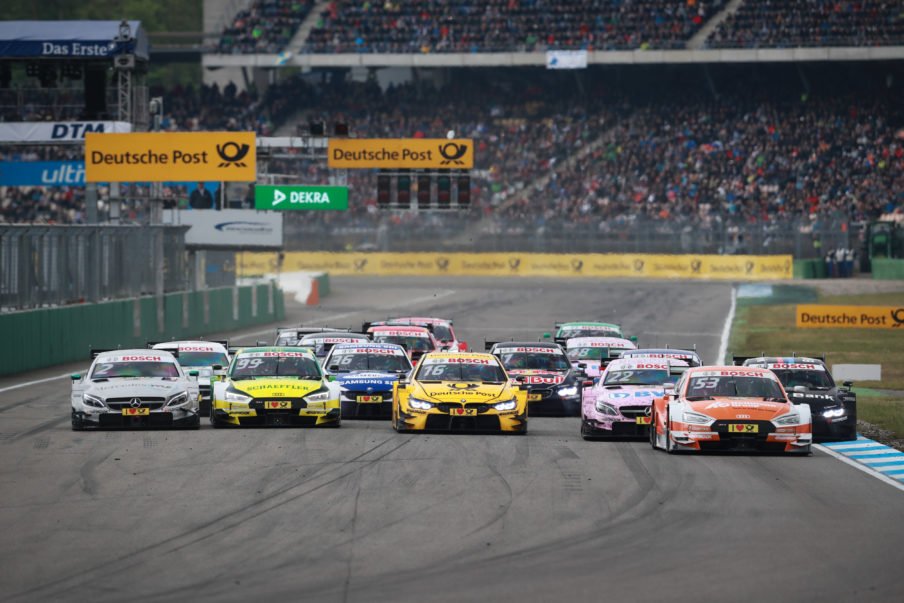 F1’s decision to increase the aerodynamic downforce of the cars following a 2016 season where overtaking was already at a premium is a fairly emblematic parting gift from the logically-challenged Ecclestone era. However, unusually, Bernie is not the primary culprit.

Christian Horner’s suggestion that 2017 was a “golden opportunity” to do something for the fans had nobody fooled: the increasingly aerodynamic formula that resulted has seen a decrease in on-track passes, cemented supremacy of the top teams and would have been to Red Bull’s advantage had the squad not failed to produce a car as quick as the Mercedes or Ferrari.

Whilst 2017 has seen chaotic flash-points in Baku, and again in Singapore at the weekend, all too often the destiny of the race became clear shortly after the starting gantry lights went out. The Russian Grand Prix reportedly produced just one overtake after the first lap.

And whilst the DTM has attained a racing purity with factors such as cold tyres and bungled pitstops, even in absorbing encounters such as that between Hamilton and Vettel in Barcelona, F1 remains reliant on DRS gimmickry (by contrast DTM is almost no longer in need of DRS). 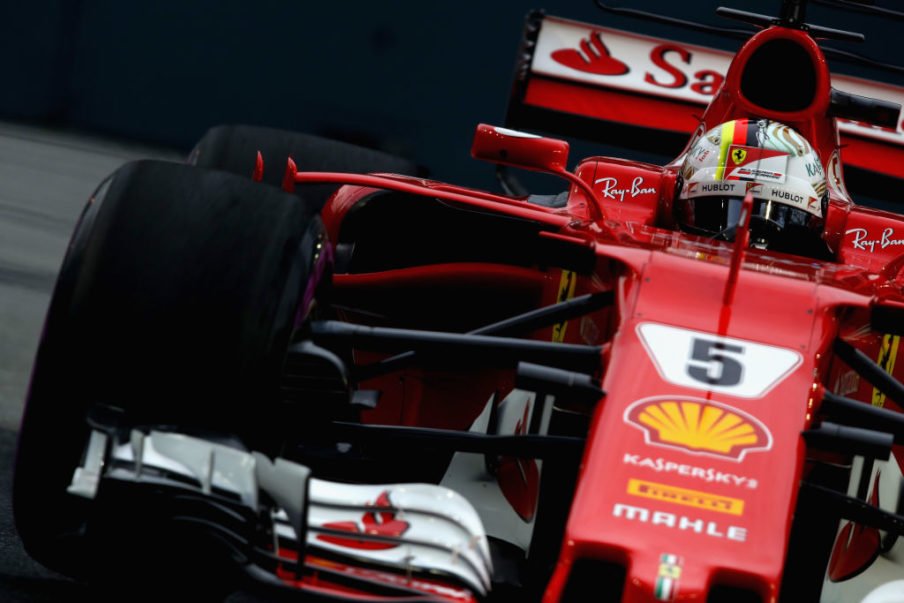 The paddock buzz over a rejuvenated Ferrari team and a reinvigorated title race belies the endemic problem that is stunting the spectacle and restricting the driver’s ability to show off their skills: and it should come as no surprise.

Every single time a series has taken the decision to increase aerodynamic grip, be it the DTM-style wings the WTCC adopted to attract Citreon, or IndyCar’s aborted aerokit programme, the racing has suffered as a result. Of course the advocates of F1’s 2017 formula will argue that the change has achieved improvements in areas outside the racing, namely the spectacular lap-times being achieved and the aggressive new appearance of the cars.

However the new supposedly fan-friendly aesthetic took until the first test to wear off. ‘T-wing’ and ‘shark-fin’ paraphernalia, together with the continued curse of the hideous thumb noses, undermined any alleged visual improvements. Indeed, in a broader sense, you would say looking at the Minardi PS01 or the Jordan 193, there is no relationship between downforce and beauty.

The parallel suggestion that the genuinely remarkable lap-times F1 is achieving on Saturdays in 2017 in some way justifies the predictably disappointing race that follows is absurd. Most fans in the grandstands would be unable to differentiate a car on a qualifying run and a car on a race run lapping some five seconds slower. 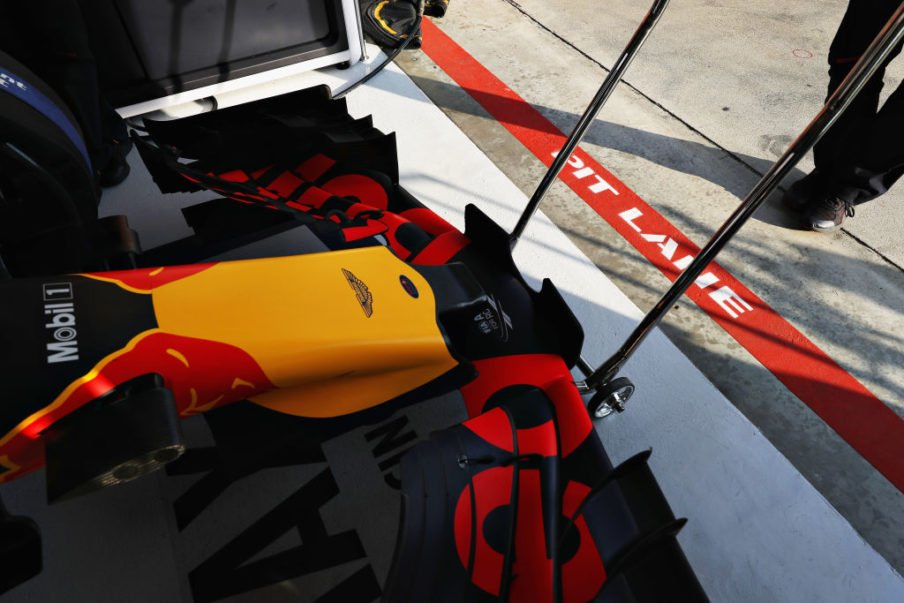 Yes, fast laps are arguably important for F1’s prestige as ‘the pinnacle of motorsport’, but the DTM has shown that this doesn’t need to come at the cost of the racing. F1 has the means to invest in new tyre technologies and produce engines with more than a 1000bhp; the sport has the means to produce 2017 lap-times with infinitely less downforce.

Of course the underlying properties aerodynamic downforce also has an effect on the competition. The trial and error nature of aerodynamic R&D makes it a very resource-rich avenue of car development, which has had the effect of the widening the gap between the powerhouses of Mercedes, Ferrari and Red Bull and the chasing pack. Rewind to 2012 when the top teams were still reeling from the loss of the off-throttle blown diffuser, this year’s resolute backmarkers, Sauber, scored four podiums and spent much of the year outpacing Mercedes.

Of course, the characteristically unstable manufacturer formula that is DTM can provide little direction on F1’s eternal balancing act between the Davids and the Goliaths of the paddock.

Indeed, it is perhaps not a good idea more broadly to take advice on F1’s political disputes from a series whose very future is in question following Mercedes’ bombshell announcement of its withdrawal following the 2018 season. However it remains intuitively valid to say that F1’s competitiveness would benefit by burning less cash in the wind-tunnel. 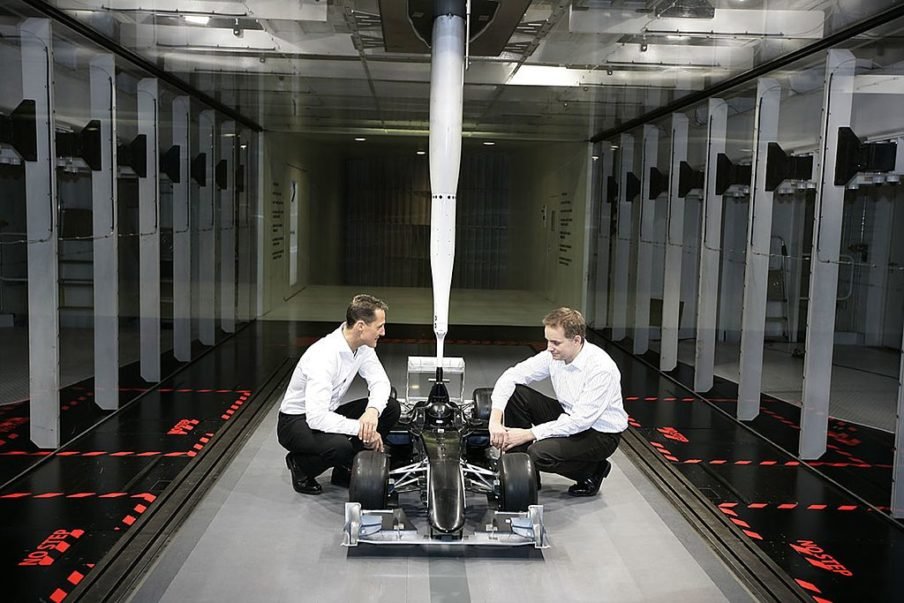 And yet, even in accepting an inherent level of advantage for the wealthier teams, there can never be any substitute for wheel-to-wheel racing; it is F1’s thumbnail, it reaches out to new fans in thirty second YouTube clips and rewards stalwart fans for their loyalty.

Unfortunately, F1 is not in the habit of U-turns, especially with three top teams satisfied in their newfound invincibility, but equally F1 might benefit from taking more time to consider how the next generation of cars will look.

Given the utter centrality of the wheel-to-wheel spectacle, Liberty Media’s vision for F1 is thoroughly dependent on its ability to redress this most stubborn of parasites. Happily, there is the caped silhouette of a likely hero on the horizon: Ross Brawn’s status as F1’s unofficial saviour will be most rigorously tested by his ability to redress the sport’s shortage of Sunday competition. Let’s hope he has given close consideration to the DTM’s recent breakthrough.