The win is Vergne‘s first in the series after finishing on the podium eight times over the last three seasons, including the first race in Montreal this weekend.

Di Grassi took the lead in the drivers’ championship after winning the first Montreal ePrix race. Crossing the line in seventh turned out to be enough to seal the championship after Sebastien Buemi was affected by car damage on the opening lap.

Felix Rosenqvist finished in second after starting the race in pole position. He and Vergne were close on track for the majority of the race, and Rosenqvist was able to cement third in the drivers’ championship ahead of Sam Bird. 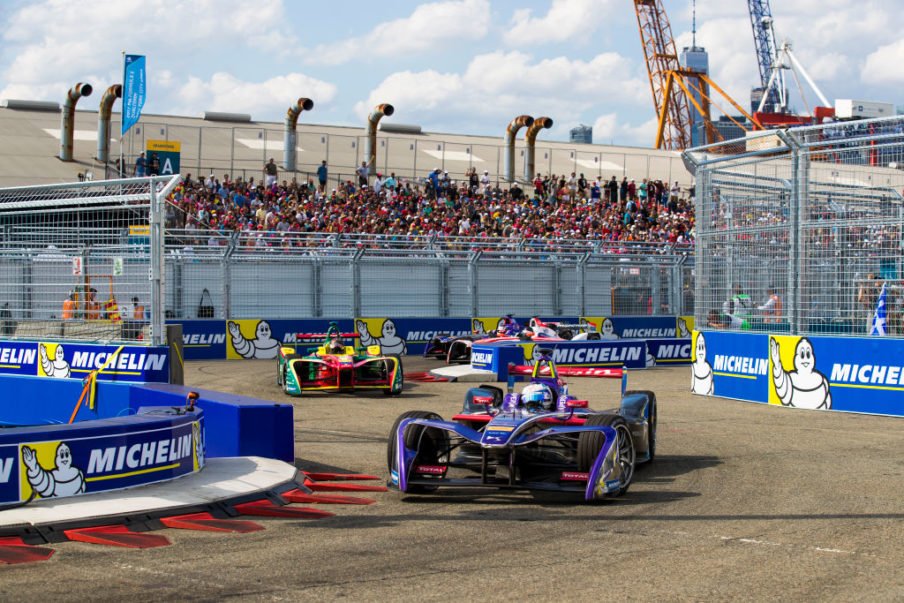 The Brit crossed the line in fourth place with his team-mate Jose Maria Lopez on the final step of the podium. Bird looked to have steering issues in his first car, although he was able to stay in contention.

Nick Heidfeld was battling for the podium positions at the beginning of the race, however, he dropped back slightly as the race unfolded. He finished in fifth ahead of di Grassi‘s team-mate Daniel Abt.

Stephane Sarrazin was involved in an incident at the start of the race, but he was able to end his race in eighth and in the points. Jerome d’Ambrosio and Tom Dillmann took the final point positions in ninth and tenth respectively.

Championship contender Sebastien Buemi was forced to make a trip into the pits after having bodywork damage on the opening lap, even though the offending part had fallen off beforehand. This dropped any hopes of being able to fight for the championship during the race, but he recovered well to end up in 11th.

His team-mate Nico Prost was one of two drivers not to finish on the lead lap. Prost was forced to come into the pits during his second stint because of an issue with his car, while Loic Duval crashed five laps before the end of the race.